Harry Holm is an English fil Editor and director who is best known to many as the son of English actor, Sir Ian Holm, and Sophie Baker.

Holm is yet to reveal his date and year of birth. His age is therefore still unknown.

Holm is the son of Ian Holm and Sophie Baker. His parents got married in 1982 and eventually divorced in 1986.

His father was known for his acting roles such as Lenny in The Homecoming, his role as athletics trainer Sam Mussabini in Chariots of Fire, as Ash in Alien, among many others.

harry’s father, Ian Holm died on June 19, 2020, at the age of 88 years. His representative confirmed Ian’s death. Speaking to The Guardian, the representative said; 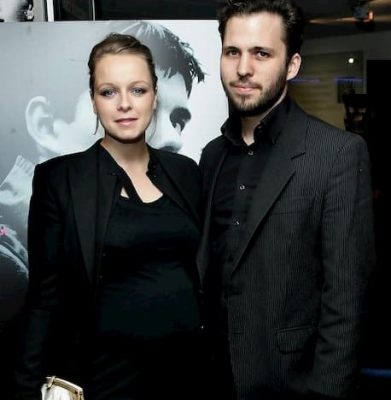 Harry Holm and his Fiancee

“It is with great sadness that the actor Sir Ian Holm CBE passed away this morning at the age of 88.

“He died peacefully in hospital, with his family and carer. Charming, kind, and ferociously talented, we will miss him hugely.”

Holm is engaged to his fiancee, Samantha Morton. He and Samantha have been together since 2005. They got engaged in 2006.

Holm and his fiancee, Samantha have two children together. Their first child Edie Holm was born on January 4th, 2008, and the couple’s second child, Theodore Holm, was born in 2012.

Holm works as a film editor and as a director as well. Some of the work he has edited include; O Nefyn i Nairobi, which was a TV Mini-Series documentary, and Look Up and Wave Your Glove.

When he was a baby, his cry was used for the role of Elanor Gamgee, the daughter of Samwise, in the 1981 BBC radio version of “Lord of the Rings”.