Eugene Scott is an award-winning American journalist known for his work on The Fix, the daily political blog of The Washington Post. He joined the blog in September 2017.

Eugene stands at an estimated height of 5 feet 10 inches and weighs about 63 Kg. He has brown colored eyes. Further details about his body measurements will be updated.

Scott was born and raised in Washington D.C. He also grew up on the Hill. He was raised in a political family. Scott has not disclosed information about his parents or siblings if he has any.

Eugene went to the University of North Carolina at Chapel Hill where he graduated with a bachelor’s degree in journalism. He earned his Master in Public Administration from Harvard Kennedy School.

As for his personal life, the journalist is very discreet about his marital status, therefore, it is not known if he is married or not. He prefers to keep such information from the public. This information will be updated soon. 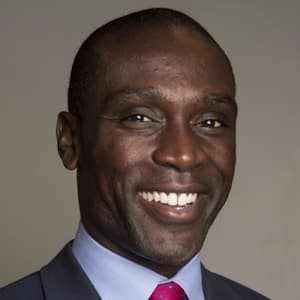 Eugene has served as a writer for The Fix, the daily political blog of The Washington Post. He joined the publisher in 2017 to write about identity politics. He started off his political journalism career began in the 1990s. Eugene took part in a scholarship program founded by former Washington Post publisher Donald E. Graham.

Before coming to The Washington Post, Scott worked as a reporter at CNN. He covered mainly politics. Scott covered the 2016 presidential election. He also participated in the CNN series called “The First Time I Realized I Was Black”.

Eugene has previously worked as a researcher at Time magazine as well as a reporter for The Charlotte Observer, The Arizona Republic, and for the Cape Argus in Cape Town, South Africa. He is a regular on-air analyst for MSNBC, NPR, and CBS.

Scott has an estimated net worth in the range of $1 million – $5 million.