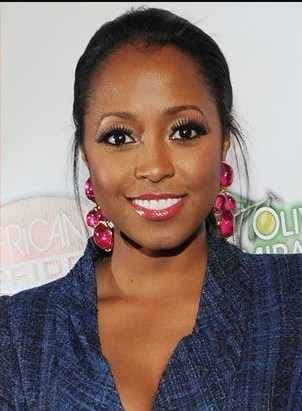 A native of Los Angeles, California, Erika Cosby  is a contemporary American painter and was an adjunct professor of Art at New York University (2012–2013).

She is also known as a daughter of philanthropist Camille Cosby and comedian Bill Cosby.

Cosby attended Wesleyan University. She graduated with a Bachelor of Arts degree in 1987. She later attended the School of Visual Arts in New York City, earning a Bachelor of Fine Arts in 1989.

Later on, Erika attended the University of California, Berkeley and graduated in 1991 with a Masters of Fine Arts. After completing her MFA, she attended the Skowhegan School of Painting and Sculpture in Maine for a nine-week summer residency course.

She is the oldest of five children born to Camille Olivia and William Henry Cosby, Jr.

Cosby was born in Los Angeles, California. She is the eldest of five children born to Camille Olivia and William Henry Cosby, Jr. All five of the siblings’ names began with E, for “excellence.

Erika’s father, Bill Cosby, was in 2010 accused by more than 60 women of either attempted assault, rape, drug-facilitated sexual assault, and sexual battery.

Others accused him of child sexual abuse, and sexual misconduct, which he had denied, and the statute of limitations had by then expired in nearly all cases.

After a year-long trial, Cosby was found guilty of three counts of aggravated indecent assault and sentenced to three to ten years in prison in September 2018.

Cosby lives a very private personal life and as so does not share any information regarding her love life. It is therefore not known whether is is married, dating or is single.

“Through the use of satire, metaphor, and allegory, her work examines the intent and the effect of these distorted images on African American culture.”

She was the recipient of a New York Foundation for the Arts Fellowship in Painting. From 2009-2010, Erika was an artist in residence at the Abrons Arts Center. She was awarded a studio grant from The Marie Walsh Sharpe Art Foundation in 2011.

During 2012 and 2013, She worked as an adjunct art professor at New York University along with Huma Bhabha, Dike Blair, Wayne Koestenbaum and others.

Erika’s works have been featured in galleries such as SALTWORKS Contemporary Art, the Arlington Arts Center, Slate Gallery, Artspace in New Haven, the Allegra LaViola Gallery, and The Last Brucennial.

She is a benefactor of the summer institute for A Long Walk Home, an art-based sexual assault awareness program in Chicago, Illinois.

Cosby has an estimated net worth of around $5 million.

Erika is not on any social media platform.