A native of Port Gibson, Mississippi, United States, Dr. Jacqueline Walters is a philanthropist, award-winning OB/GYN, star of the hit TV show, and women’s advocate Married to Medicine on Bravo. As a two-time cancer survivor, she has turned her pain into a passion for fostering the physical and emotional needs of men and women diagnosed with breast cancer.

Walters was born and raised in Port Gibson, Mississippi, the United States by her parents Senora(mother) and Robert Leroy(father). She spent most of her childhood along with her sister and brother in her hometown. 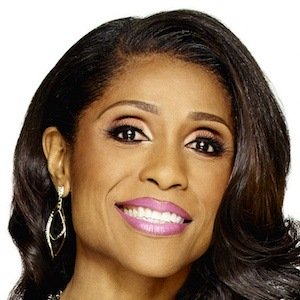 Walters is happily married to Curtis Berry who is a former basketball player who played for the Kansas City Kings. The partners married in 2002. She later filed for divorce after she learned her husband had a mistress.

During an impression on Watch What Happens Live with Andy Cohen, the Married to Medicine star disclosed that after she learned her husband Curtis Berry had a mistress, she filed for divorce just three days later. Walters has a daughter known as Melissa K. McGowan from a previous relationship who is married.

Walters has an estimated net worth of $3 million.

Walters’s office looks like a boutique hotel! She wrote in an Instagram post showing off the full majesty of her workspace” Just realized u didn’t get the whole view that I see. My office decor in my Duluth location makes me smile every time I go there,”

She showed off the full majesty of her workspace, done up in soft grays with inviting, fuzzy, white upholstered chairs for patients and a tall leather chair for the boss lady, natch, and also a glass-topped desk topped with an array of succulent plants housed in a gorgeous clam-shaped planter. Color-blocked curtains accent the walls, which appear to be papered in a cork-like fabric.

Walters’s book titled “The Queen V: Everything You Need to Know About Sex, Intimacy, and Down There Health Care” was published in 2020.

Walters and her ex-husband are both breast cancer survivors. She is very sincere with her personal life and experiences and is frequently seen on the show depicting what her friends call a mutated gene: she has the ability to always keep an even keel no matter the situation, continuously diffusing conflict amongst the other cast.

NBCBLK talked with her openly about her struggles with infertility and breast cancer, how to live a healthier life, and what keeps her motivated every morning she wakes up.

Walters purchases a home with more land in a great location rather than building something new in a less desirable location. Because it’s all about resale price!

It was in the comments section of her post, however, where Dr. Jackie broke down her real estate choices even further. Several followers asked why she had bought this home when she knew it required so much work when building a home from the ground up would have likely been less stressful. “Would have less land. Location,” she responded to one commenter.

Walters started her intimate practice instantly following the culmination of her residency. In addition to her private practice, she worked for Northside Hospital in Atlanta.

She is the founder of the 50 Shades of Pink Foundation and is a breast cancer survivor. She was diagnosed with breast cancer in 2004 and again in 2008, necessitating a double mastectomy. Her founding of the organization established her as a household name among Atlanta women and their families.

In 2013, in response to the difficulties she encountered during her rehabilitation and treatment, she established the 50 Shades of Pink Foundation. The organization fosters the inner and outer beauty of breast cancer survivors and fosters an environment conducive to recovery. To expand the organization’s benefits, she founded a support group for women newly diagnosed with breast cancer.