A native of Los Angeles, California, Camila Morrone is an American model and actress. She is also known to many as Leonardo DiCaprio’s girlfriend from 2017 to 2022.

As an actress, Camilla made her debut in the James Franco film, Bukowski. She later appeared in other films like Death Wish and Never Goin’ Back, which premiered at the Sundance Film Festival in January 2018.

As a model, Morrone appeared on the cover page of the Turkish edition of Vogue in 2016. She would later make her runway debut modeling for Moschino’s 2017 resort collection.

Morrone is the daughter of Argentine actors Maximo Morrone and Lucila Polak. Her mother goes by the stage name Lucila Solá. Camila’s parents moved to Los Angeles shortly before Morrone’s birth. They divorced in 2006. 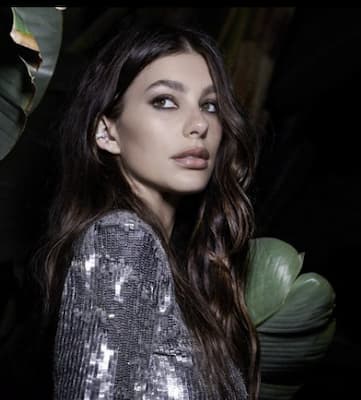 Morrone and Leonardo DiCaprio began dating in 2017. Back in 2018, she talked about the huge age gap between her and the actor explaining that it was not a big deal.

“There’s so many relationships in Hollywood — and in the history of the world — where people have large age gaps. I just think anyone should be able to date who they want to date,” she said,

Morrone also addressed how frustrating it was that she was most well-known for her relationship with Leonardo DiCaprio. She said: “I feel like there should always be an identity besides who you’re dating. … I understand the association, but I’m confident that will continue to slip away and be less of a conversation.”

Monroe has an estimated net worth of around $2 million.