A native of Perryville, Kentucky, Alyssa Wray is an American singer who became well known as a contestant on Season 19 of American Idol.

Wray is a student at Northern Kentucky University. She is pursuing a degree in musical theater. Alyssa previously attended Boyle County High School where she graduated in 2020.

Wray stands at a height of 6 feet 2 inches. Her weight and other body measurements are not available at the moment.

Wray is the daughter of Tabitha Blackwell. She also has a stepfather known as Chad who works as a massage therapist. Her mother too works at a massage center. There is no information available about her biological dad. 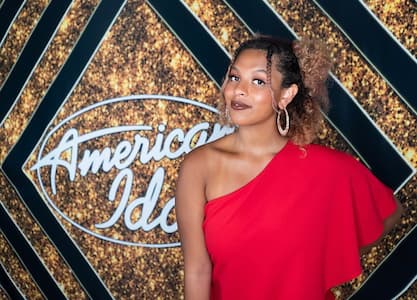 She has three siblings. However, her family lives a very private life and as a result, there is no more information available about her siblings.

During her American Idol audition, Alyssa sang “I Am Changing” by Jennifer Hudson. All three judges voted “yes”, sending her to the next round.

During the Hollywood Round, Wray was shown in a montage of contestants who advanced following the Genre Challenge. She was alongside Madison Watkins, Jason Warrior, Zachary D’Onofrio, Anilee List, Hannah Everhart, Alanis Sophia, and Ronda Felton.

Later on, Alyssa was shown in a group called “The BBG’s” with Grace Kinstler singing “Grenade” by Bruno Mars.

Wray sang “I’m Here” from The Color Purple during the Showstoppers Round and she advanced to become a Top 24 semifinalist.

During the Top 24 competitions, Wray sang “Something in the Water” by Carrie Underwood and “I’m Your Baby Tonight” by Whitney Houston in a duet with Katharine McPhee.

Wray sang “Killing Me Softly With His Song” by Roberta Flack. She received enough votes to become a Top 12 finalist. Alyssa sang “The Greatest Love of All” by Whitney Houston to celebrate.