Ahmaud Arbery was a native of Georgia who was shot and killed by father and son duo while jogging in his neighborhood on February 25, 2020.

Arbery was the son of Wanda Cooper and Marcus Arber. While speaking to CNN his mother said that he jogged everyday and she never worried about him since he was not bothering anyone.

Arbery was murdered on February 25 while jogging. The two men involved in his shooting are Gregory McMichael and his son, Travis Michael.

A video showing the shooting of Arbery surfaced online showing the series of events that took place. It shows Michael and his son trying to block Arbery’s path and he tries to avoid them. 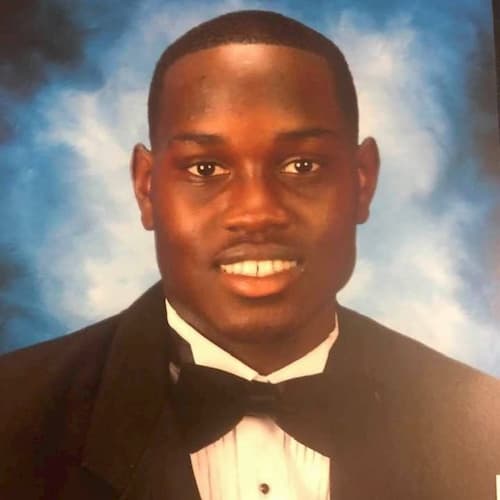 Prior to the shooting, he is struggling to get away from one of the shooters who he collides with. The first shot is fired, then the second. Arbery finally collapses on the ground while still trying to escape and save his life from his attackers.

Prior to the video being leaked, no arrests had been made. Gregory McMichael, one of Arbery attackers has ties to law enforcement. He had just retired as an investigator with the Brunswick Judicial Circuit District Attorney’s office. He was also a Glynn County Police Department officer.

After the video leaking and the public outrage that followed, Tom Durden, the prosecutor for the Atlantic Judicial Circuit who is handling the case, issued a statement on May 5. He said that he planned to represent the case to a grand jury in Glynn County when courts reopened.

However, on May 7, 2020, Gregory McMichael, aged 64, and Travis McMichael, aged 34, were arrested and detained. They were both charged with murder and aggravated assault.