A native of Damietta, Egypt, Zahi Hawass is an Egyptian Egyptologist, archaeologist, and former Minister of State for Antiquities Affairs, serving twice. However, he has also operated at archaeological sites in the Nile Delta, the Western Desert, and the Upper Nile Valley.

Hawass stands at a height of 5 feet 7 inches (1.67m) tall. His weight is publicly not available. We will update this section once the information is available.

Hawass acquired a Bachelor of Arts degree in Greek and Roman Archaeology from Alexandria University in 1967. In 1979, he acquired a diploma in Egyptology from Cairo University.

Hawass  was awarded a Fulbright Fellowship to attend the University of Pennsylvania in Philadelphia to study Egyptology, earning a Master of Arts degree in the subject and also one in Syro-Palestinian Archaeology in 1983, and his Ph.D. in Egyptology in 1987 from the Graduate Group in the Art and Archaeology of the Mediterranean World (AAMW), paying attention on “The Funerary Establishments of Khufu, Khafra and Menkaura During the Old Kingdom.” 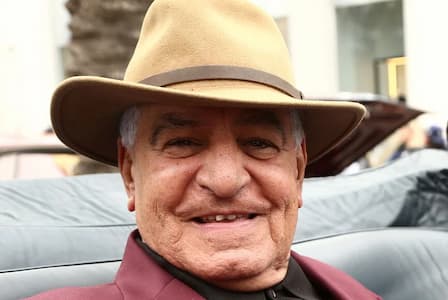 Hawass was born and raised in Damietta, Egypt by his loving and caring parents. However, information about his family came to no avail as no such information is publicly available. Thus the identity of his parents is unclear. Also, his siblings are not known. We will update this section once the information is available.

Hawass is married to his lovely wife Fekhira. Information about his kids is publicly not available. We will update this section once the information is available.

Hawass has an estimated net worth of $1.5 Million.

In 2002 Hawass was appointed as the Secretary General of the Supreme Council of Antiquities. When US President Barack Obama visited Cairo in June 2009, Hawass gave him personal tours of ancient Egyptian archaeology. Facing mandatory retirement, he was promoted by President Hosni Mubarak to the post of Vice Minister of Culture at the end of 2009.