Born in the USA, Wynter Merin Finley is the daughter of Chuck Finley and the late Tawny Kitaen, an American actress, and media personality.

Merin works as a creative producer and project manager at Shopstyle Inc. She has been working there since May 2016 and her job entails managing timelines, budgets, feedback among others.

Merin had previously worked as a marketing intern for about 6 months at Los Angeles Angels of Anahelm in 2011.

On her Linkedin profile, Wynter describes herself as; “A resourceful and proactive team member with experience in managing assignments in a variety of areas including editorial, social, advertising and marketing, production and e-commerce.

Detail-oriented and organized multitasker with a proven ability to drive the execution of projects, resulting in the delivery of emotive and effective work. Committed to company goals and team collaboration. Passionate about bringing innovative and on-trend ideas for digital and content marketing, photoshoots, and design.” 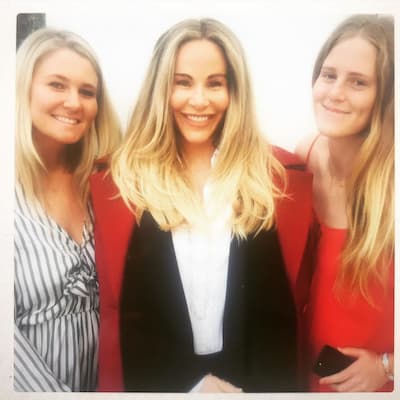 Merin stands at a height of 5 feet 5 inches.

Merin is the daughter of Chuck Finley and the late Tawny Kitaen. Her parents got married in 1997. Later in 2002, her father filed for divorce. This came three days after Tawny was charged with domestic violence for an incident involving Finley.

Wynter’s father is a retired Major League Baseball left-handed pitcher. He pitched from 1986–2002 for three teams but pitched primarily with the California Angels now known as Los Angeles Angels.

Her mother on the other side was an American actress, comedian, and media personality. She had recurring parts in Hercules: The Legendary Journeys, and co-hosted America’s Funniest People from 1992 to 1994.

Merin’s mother Tawny, died on May 8, 2021, at her Newport Beach, California, home at the age of 59. The cause of her death has not yet been made public.

News of Tawny’s death was shared on her Instagram page by her daughters; Merin and Raine. The statement read in part; “We are heartbroken and saddened to announce the death of our mom. We just want to say thank you for all of you, her fans and her friends, for always showing her such support and love.”