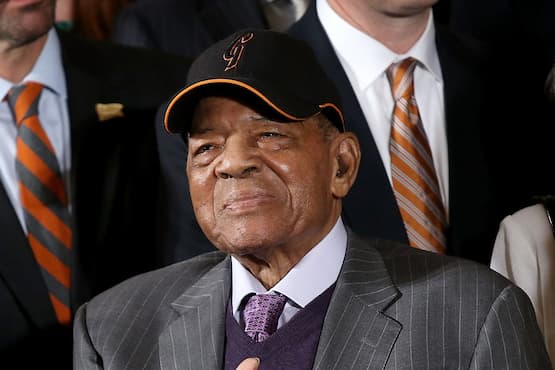 Mays was born to his parents Cat Mays (father) and Annie Satterwhite (mother). His mother was a gifted basketball and track star in high school. On the other hand, his father was a talented baseball player with the black team at the local iron plant and used to work as a railway porter and later at the steel mills in Westfield.

His father exposed him to baseball at an early age, playing catch with Willie at five and allowing him to sit on the bench with his Birmingham Industrial League team at ten. Mays was raised by his father together with two girls, Sarah and Ernestine. 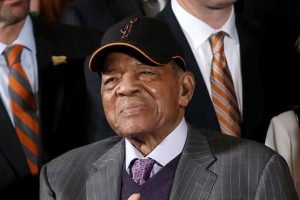 Mays was married to Marghuerite Wendell Chapman (born 1926, died 2010) from 1956 and divorced in 1963. They had adopted a five-day-old baby named Michael in 1959, with whom Wendell toke for the majority of the time.

Later, he married Mae Louise Allen, a child welfare worker in San Francisco. However, Allen was diagnosed with Alzheimer’s disease and Mays devotedly cared for her until she died on April 19, 2013.

Mays was named to the Major League Baseball All-Century Team in 1999, and he was ranked second on The Sporting News’ “100 Greatest Baseball Players” list. Mays finished his career with a batting average of. 302 hits, including 660 home runs, which ranks sixth all-time, and 1,903 RBI.

He has the most putouts (7,095) and extra-inning home runs in MLB history (22) Mays was a Mets coach until 1979 when he returned to the Giants as a Special Assistant to the President and General Manager. In 2015, he was awarded the Presidential Medal of Freedom. Director Leo Durocher said, “Willie was better than a.450 hitter.”

Mays has an estimated net worth of $3 million.