A native of Detroit, Michigan, Veronica Webb is an American model, actress, writer, and television personality and the first African American to have a major cosmetics contract. She has appeared on the covers of Vogue, Essence, and Elle magazines and on the runway for Victoria’s Secret and Chanel.

As a youth, Webb identified with magazine models and women who were involved in the fashion industry, who exhibited control over their appearance. Veronica also enjoyed comic books and dreamed of becoming an animator.

She graduated from the Detroit Waldorf School in 1983 and moved to New York to study design. She later dropped out of school to become a model after a makeup artist saw her in a housewares boutique.

Webb is the daughter of Marion Stewart and Leonard Douglas Webb. Her mother was a public health nurse while her father was an electrician. Before her birth, her parents had spent 20 years in the Army. Veronica grew up in a working-class community. One of her sisters is an oncologist while the other is a mathematician. 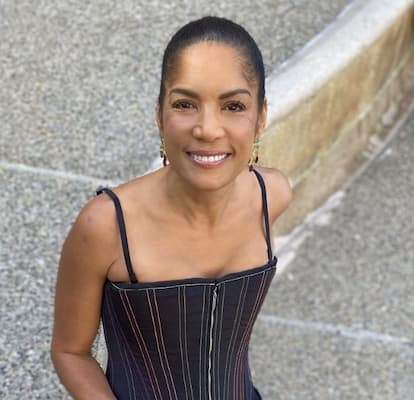 After her divorce from George Rob, Veronica began dating Chris Delgatto, a jewelry expert in 2013. They are now married. Chris has two children from his previous marriage; Leonard and Alessandra.

Webb is of African American ethnicity.