Tyne Daly is an American Emmy award-winning actress and singer. She began her acting career performing at Summer Stock Theater in New York. Daly made her Broadway debut in 1967 in the play That Summer – That Fall.

Daly stands at an estimated height of 5 feet 4 inches. She is of average body size. There are no further details about her body measurements. These details will be updated as soon as they are available.

Daly was born and raised in Madison, Wisconsin. She was born into an acting family. Her father was James Daly a theater, film, and television actor and her mother were Mary Hope was also an actress. She has three siblings, two sisters Mary Glynn and Pegeen Michael and her younger brother is Tim Daly an actor and producer. 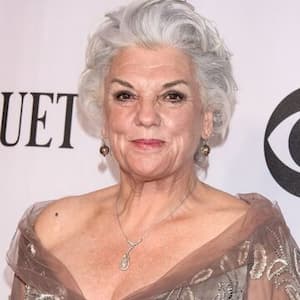 Daly was married to Georg Stanford Brown an actor and director. The two were married for 24 years from 1966 to 1990. Together they have three daughters. One of their daughters is actress Kathryne Dora Brown.

Daly is best recognized for playing the role of Detective Mary Beth Lacey in Cagney & Lacey which won her four Emmy Awards for Outstanding Lead Actress in a Drama Series. Her most notable roles include; Alice Henderson in Christy from 1994–95, for which she won an Emmy in 1996, and Maxine Gray in Judging Amy from 1999–2005, which won her a sixth Emmy in 2003.

Daly also appeared on Wings which is produced by her brother in 1991. She played the role of Maxine Gray a social worker on the CBS drama Judging Amy. The show ran from 1999 to 2005. In 2003, Daly appeared as Anne Cunningham in Lifetime’s movie titled Undercover Christmas. She joined the cast of the Murphy Brown series in 2018.

Daly began her stage career in Summer Stock in New York. Her debut performance was in 1967 in the play That Summer – That Fall. Her theater credits include The Seagull, Rabbit Hole, Mothers, and Sons. She played Maria Callas in the play Master Class, on both Broadway and in London’s West End.

In 1988, she appeared on Dolly, a Dolly Parton TV show. She was able to do a duet with Dolly. This led to Daly getting the lead role of Rose in the musical Gypsy. This role earned her the 1990 Tony Award for Best Actress in a Musical for her performance. She has played the roles of Sally Adams in the City Center Encores! , and  Madame Arkadina in The Seagull.

In 2008, Daly played the role of Mother in Me, Myself & in New Jersey at McCarter Theater. In addition, she performed a cabaret act, Second Time Around at Feinstein’s at Loews Regency, New York City in 2010. She had also performed at Feinstein the previous year.

Daly has been able to create her own wealth through her long career as a film and tv show actress. She has an estimated net worth of $8 million.