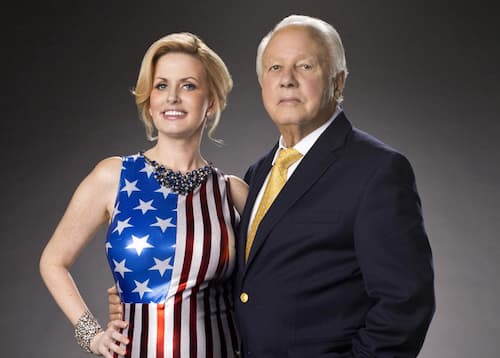 Trina Grimes is an American celebrity wife and reality tv show personality best known as the wife of deceased politician Edwin Edwards. Grimes and Edwards got married on July 29, 2011.

The two starred in the reality tv show “The Governor’s Wife” in 2013. The Show aired on the Arts & Entertainment Network. 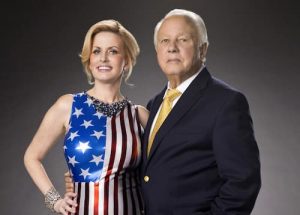 Grimes is 42 years old as of 2021. She was born in 1978 in Baton Rouge, New Orleans. She is 51 years younger than her deceased husband. There is no further information about her date of birth.

Grimes was born and raised in Baton Rouge, New Orleans. However, there is no further information about her parents or siblings if she has any. Despite being married to a politician, Grimes preferred to keep some of her personal life away from the media.

Grimes has a son together with her deceased husband named Eli Wallace Edwards. The announcement of their pregnancy was on February 15, 2013. Eli was born on August 1, 2013. He is 7 years old as of 2020.

Trina had been married to Edwin Edward for 10 years since On July 29, 2011. The two tied the knot at the Monteleone Hotel in New Orleans. Grimes was Edwards prison pen pal before the two started dating and eventually got married. He was serving a sentence for corruption.

Trina and Edwards starred in a reality tv show The Governor’s wife which premiered on October 27, 2013 airing on the  Arts & Entertainment Network. The show followed Trina’s married life as she took care of her teenage sons and her stepdaughters who were twice her age.

Trina has a son together with her deceased husband named Eli Wallace Edwards. Eli was born on August 1, 2013. Edwards was previously married two times. His first marriage was to  Elaine Schwartzenburg who he married in 1949. The two had four children.

After 40 years of marriage, the two divorced in 1989. His second marriage was to Candy Picou who he married in 1994. Edwards filed for a divorce from his second wife while in prison. Their divorce was finalized in 2004.

Edwards was an American politician and member of the Democratic party. He died on July 12, 2021, at the age of 93 in Gonzales, Lousiana. He died of respiratory complications on the morning of July 12th. Before his death, he had been hospitalized for Pneumonia two times. In November 2020, he was rushed to the hospital with shortness of breath.