Born in the USA,  Tom Foreman is an American broadcast journalist who works out of CNN’s Washington DC Bureau covering a wide range of topics.
Tom is also an avid ultra-marathoner, frequently competing in races of 50 miles or more. He wrote about his journey through four half-marathons, three marathons, and one 55-mile race in his book My year of Running Dangerously.

Foreman is married to Linda Foreman. Tom and Linda have been married since 1986 and the couple has 2 children. 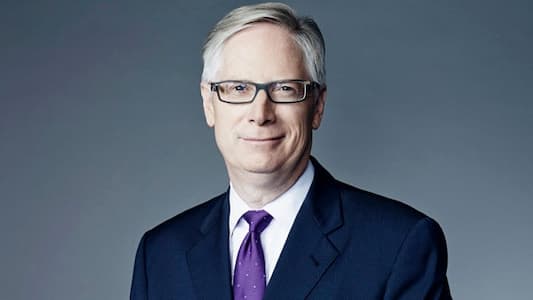 Foreman began as a local television reporter in Montgomery, Alabama, at WSFA, he continued on to work for WWL-TV, the CBS affiliate in New Orleans, Louisiana.

Later in 1990, he relocated to Denver, Colorado, as a national network correspondent for ABC World News Tonight with Peter Jennings and Nightline. He in 2000m signed with National Geographic and anchored National Geographic Today, a daily news story focusing on major scientific and breaking nature news, and Inside Base Camp, for which he won an Emmy award as the best interviewer.

Foreman joined CNN in 2004. He currently works out of CNN’s Washington DC Bureau covering a wide range of topics from breaking political news to international crises. Tom’s career has taken him to all 50 states and through more than 20 countries for coverage of earthquakes, civil wars, economic upheavals, and social unrest.
On Saturday, January 19, 2013, Tom admitted to writing a letter to President Obama every day over the previous four years—1,460 letters, totaling more than a half-million words.

He has covered stories such as CNN’s America’s Choice 2016 presidential campaign cycle, the Paris terror attacks, the disappearance of passenger plane MH370, and the aftermath of Hurricane Katrina.

Foreman leads the network’s fact-checking initiative and in 2013 Foreman and the fact-checking team were awarded the Walter Cronkite/Brooks Jackson Award. According to his CNN profile, he has pioneered much of CNN’s work in new media, by playing a key role in the development of an immersive, 3-D Virtual Studio that has taken viewers into space to study satellites, travels onto distant battlefields to promote better understanding of dangerous conflicts and takes a deep dive analysis on the 2016 election cycle.

In 2005, Tom won a National Headliner Award for a feature about an American soldier who brought the Christmas spirit to a Luxembourg town during World War II. He is also the inaugural winner of the Cronkite/Jackson Prize for Fact-Checking Political Messages.

Foreman has an estimated net worth of between $1million – $5 million,