Todrick Hall a Texas native, is an American singer, songwriter, choreographer, and YouTuber. He came into prominence after competing in the ninth season of American Idol. He made it to the semi-finals. In 2015, a documentary series about his video-making process called Todrick premiered on MTV.

He is also a resident choreographer and judge on RuPaul’s Drag Race. Hall has starred as Lola in Kinky Boots on Broadway and Billy Flynn in Chicago on Broadway and the West End. The singer has released four studio albums and an EP.

Hall stands at an estimated height of 5 feet 7 inches (1.73 meters) and weighs about 71 Kgs. He has black hair and brown eyes. There are no further details about his body measurements.

Hall was born and raised in Plainview, Texas. He was raised by a single mother. His mother remarried when he was a teenager. He has one brother. After his mother remarried, the family moved to Dallas. Hall is openly gay. Hall came out to his family at the age of 15.

Todrick is openly gay. He came out at the age of 15. He is currently in a relationship with model David Borum. This came after six years of being single. He announced his relationship through a post on his Instagram account in May 2021. 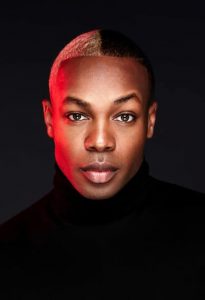 Hall auditioned for the ninth season of American Idol in August 2009. He performed a self-composed song mentioning the judges. Hall was able to reach the semi-finals. He was eliminated on March 11, 2010, in the Top 16. After his elimination, he returned to Broadway in the musical Memphis.

As a Broadway actor, he played the role of Harpo in The Color Purple Oprah Winfrey and Fantasia Barrino. He joined YouTube in May 2006. His first YouTube video was “a hilarious clip of him singing his order to a McDonald’s drive-through speaker.

For the next five years, he had made over 300 videos. So far, he has over 3.1 million subscribers on his YouTube Channel and over 531.9 million views. Todrick released a video audition for the third season of Glee titled “I Wanna Be on Glee” in May 2011. He was, however, not cast in the tv show.

On April 1, 2014, Hall released an eight-episode web series called Pop Star High on his YouTube channel. The series centered on a high school where all the famous Pop Stars of our day all went. It portrays multiple stars like; Britney Spears, Nicki Minaj, Ne-Yo, Kanye West, Eminem, Jay-Z, and Taylor Swift.

In 2015, a documentary series about his video-making process called Todrick premiered on MTV. He is also a resident choreographer and judge on RuPaul’s Drag Race. He also appeared on the game show Gay for Play Game Show Starring RuPaul on Logo TV. Hall released his second album, Straight Outta Oz on June 23, 2016.

Hall released a documentary film Behind the Curtain about the production behind Straight Outta Oz. His visual album Forbidden was released in March 2018. His first EP Haus Party Pt 1 was released on May 16, 2019, with its Pt 2 and 3 being released on September 19, 2019, and February 2021. Hall’s Ep entitled Quarantine Queen was released on April 29, 2020.

His fourth studio album Femuline was released on June 8, 2021. Hall competed in the sixth season of The Masked Singer. He used the name “Bull”. He came in second. Todrick joined the third season of Celebrity Big Brother as a HouseGuest. The reality tv show premiered on February 2, 2022.