Tisha Lewis is an American news anchor and reporter currently working at Fox5 News in Washington, DC. She joined Fox News on June 18, 2015. Aside from her anchoring job she also co-hosts The Good Word with Tisha Lewis, a weekly faith-based podcast.

Prior to her current position at Fox 5, Lewis worked as a news anchor and reporter at Fox, WFLD in Chicago, Illinois. She worked for the newsroom for four years from February 2011 to June 2015.

Lewis was born on August 28, 1982, in Brooklyn, New York, United States of America. The 38-year-old celebrates her birthday every year surrounded by her close friends and family.

Lewis stands at an average height that goes well with her body weight. However, there’s no exact information regarding her height and body weight.

Lewis was born in Brooklyn, New York, and raised in Montclair, Northern Virginia. She was born to her parents whose information she hasn’t disclosed yet. There is also no information regarding her siblings if she has any. 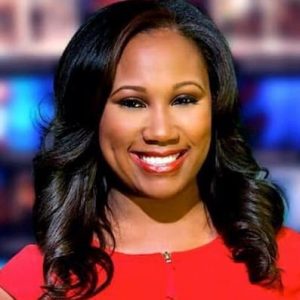 Lewis graduated from Virginia Polytechnic Institute and State University with a Bachelor of Arys in Journalism. Prior to joining college, she graduated with an Advanced Academic Diploma from C.D Hylton Senior High School. Lewis also studied abroad at the International University in Cuernavaca, Mexico where she received her certification in Spanish.

Lewis joined Fox 5 news team on June 18, 2015, as a news anchor and reporter. Prior to this position, she spent four years working as a reporter and fill-in anchor at Fox 32 News in Chicago, Illinois. As a Fox 32 news reporter, Lewis got to cover different stories including the 2012 presidential Election and the Nato breaking news a Chicago Teachers Union Strike. She also got to create a youth mentoring program, Sister Peak, which is designed to help female students. She is also a co-founder and graduate of the Fox News Apprentice Program.

It was at the age of 14 that Lewis first got the chance to co-host a television talk show, Teen Summit when she was selected by Black Entertainment Television. She got to co-host the show for 5 years from September 1996 to August 2001. Lewis began her journalism career in 2002 after joining Fox News Channel in New York. She worked as a Junior booker for the news room’s programs; The Big Story Weekend Edition with Rita Cosby, At Large With Geraldo Rivera, and From the Heartland With John Kasich.
In June 2004, Lewis joined NBC, KGET in Bakersfield, California as a news reporter and fill-in anchor. She worked in this position for 2 years 2 months till July 2006. Lewis worked as a news reporter and fill-in anchor for NBC, WTVJ in Miami, Florida from July 2006 to July 2009. She later became the “The Morning Show” news anchor at CW, WSFL in Miami, Florida. She worked in this position from July 2009 to January 2010.
Aside from her anchoring job, Lewis has volunteered for several organizations including NAACP, Habitat for Humanity, and the Miss America Organization. She has also played classical piano, violin, and Alto B saxophone. Lewis is a member of Black Journalists and Jack and Jill of America Incorporated.

Lewis is happily married to her husband Aaron Griffith. The two tied the knot back in April 2016. There is no much information on her husband and their personal life. The two are proud parents of their first child Jordan Inez Griffith born on August 30, 2016.

Lewis is one of the best news anchors at Fox 5 with an estimated annual salary in the range of $20, 000 – $ 100, 000. There is no exact information regarding her monthly and annual salary.

Lewis’s net worth is estimated to be $ 700, 000. She has garnered her net worth from her successful career as a journalist. Being one of the best at Fox 5, it is obvious that she makes a good salary.