A native of Chicago Illinois, Tim Pool is an American independent journalist who is best known for live streaming the Occupy Wall Street protests in 2011.
Tim’s coverage has been carried and syndicated by multiple mainstream outlets including NBC, Reuters, Al Jazeera, and Time. He was even covered by Fast Company and Wired.

He is the co-founder of Tagg.ly, a mobile application for watermarking photos and videos in order to allow copyrights to be withheld by users.

In 2014, Tim joined Fusion TV as Director of Media innovation and Senior Correspondent. 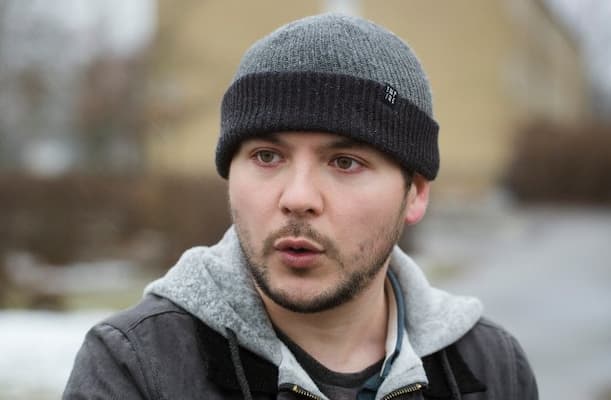 Pool was born in Chicago, Illinois, U.S, and he together with his three siblings grew up in Chicago’s South Side to a lower-middle-class family. Tim left school at age 14 educating himself at home through books. There is no more information available about his family.

Pool is not yet married. He has managed to keep his private life away from the limelight making it impossible for his fans to know whether he is dating or not.

He is however rumored to be dating model Violet Summers. None of them have confirmed this rumors.

Tim uses a live-chat stream to respond to questions from viewers while reporting. He has also let his viewers direct him on where to shoot footage. He uses new technologies for coverage of events; in 2013, he reported on the Gezi Park protests in Istanbul with Google Glass.

On 5 March 2019, on the Joe Rogan podcast, Tim Pool and Joe Rogan unleashed a torrent of research and specific proof that seemed to confirm that Twitter is hypercritical, has a bias against conservative users, and operates with ideological blinders on.

Guests on the podcast were independent journalist Pool, Twitter boss, Jack Dorsey, and Head of Trust and Safety, Vijaya Gadde. Joe Reagan suggested to Dorsey and Gadde that by choosing to forbid linguistic acts such as “deadnaming” and misgendering” Twitter has, in effect, created a protected class.

Reagan also pointed out that the gender debate is a legitimate debate within the liberal and progressive communities and that by favoring the ideology of trans people over radical feminists, Twitter was not operating in good faith.

Pool on his side invoked the Ray Bradbury novel Fahrenheit 451, suggesting that Twitter’s terms of service, which skew toward censorship will lead to totalitarianism.

At the 2012 Chicago summit, while covering the Nonato protests, Pool, along with four others, were pulled over by a dozen Chicago police officers in unmarked vehicles and were removed from the vehicle at gunpoint, interrogated, and searched.

The reason given by the police was that the vehicle the team had been in matched a description. The group was, however, released after approximately 10 minutes

Pool has an estimated net worth of around $3 million.