A native of Long Beach, California, United States, Tiffani Thiessen is an American actress who starred as Kelly Kapowski on NBC’s Saved by the Bell, 90210, as Valerie Malone on Fox’s Beverly Hills, and as Lori on Netflix’s Alexa & Katie.

Thiessen is 48 years old as of 2022. She was born on 23 January 1974  in Long Beach, California, United States. She celebrates her birthday on 23 January every year.

Thiessen was born to her mother Robyn (maiden name “Ernest”), a homemaker, and her father Frank Thiessen, a park designer, and landscape architect. Her mother has Greek, Turkish and Welsh ancestry. Alongside her, she has two brothers Todd and Schuyler Thiessen. 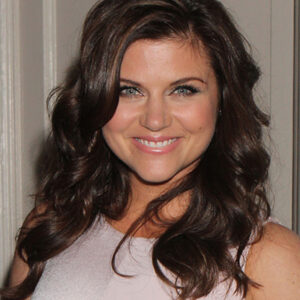 Thiessen is married to Brady Smith who is an actor with whom she appeared on the set of “White Collar”. the couple has been together from then till date. The two got married in July 2005. Tiffani was previously dating Brian Austin Green.

They were both introduced by a Mutal Friend called David Faustino. They both moved in together in July 1994 and later broke up the following year. She also dated the late David Strickland, an actor who died by suicide. From 2001 to 2003 she was engaged to actor Richard Ruccolo with whom she met during the Two Guys and a Girl run

Thiessen has an estimated net worth of $10 million.

In 2019 Luke Perry died at the age of 52 and Thiessen considered him as her co-star and later became friends. Tiffany said on her social media that “He welcomed me on my very first day of #90210 with open arms. A day that was not an easy one for me. I was coming into a show, a family really, that had been together for over 4 years. But this man took me under his wing and made me feel at home. It made me feel like I belonged in his TV family. He was sincere, sweet, warm, kind, professional, and funny as all heck. And most of all, the definition of a gentleman. Luke, our world has a hole in it now that you aren’t here. But heaven definitely gained you as an angel. #RIP #Luke”

Perry and Thiessen played love interests, Dylan McKay and Valerie Malone, respectively, on the hit FOX series, which ran from 1990 to 2000. Thiessen joined the cast in 1994.

Thiessen participated in beauty pageants during her childhood and was crowned Miss Junior America in 1987. The following year, she also appeared on the cover of Teen magazine, having won the magazine’s ‘Great Model Search”. she was named the Model of the year in 1989 and she landed her first role as Kelly Kapowski on NBC’S television sitcom saved by the Bell until 1993.

She also received the Young Artist Award nomination for outstanding young Ensemble cast in 1990 and as the youngest Actress in an Off-Primetime Series in 1992 and 1993. She was the first actress to join directly the main cast of the show and portrayed Valerie until 1998 when she left in the early episodes of the ninth season of the show. While starring in 90210, Thiessen began to take on continuous dramatic leading roles in television films: The Stranger Beside Me and She Fought Alone in 1995, Sweet Dreams, and Buried Secrets in 1996.

Thiessen started to take on continuous dramatic leading roles in television films: The Stranger Beside Me and She Fought Alone in 1995, Sweet Dreams, and Buried Secrets in 1996. After her departure from the show, she appeared in a number of films, including Speedway Junky (1999), From Dusk Till Dawn 2: Texas Blood Money (1999), Love Stinks (1999), and The Ladies Man (2000); she also guest-starred on NewsRadio (1999), Two Guys and a Girl (2000), Just Shoot Me! (2001) and Good Morning, Miami (2003–04). In 2000, she was featured in the music video for “You’re a God” by Vertical Horizon, portraying a beauty pageant contestant, in her first music video appearance.

That year she also dropped her middle name which she had been including professionally for many years and is now credited as simply, Tiffani Thiessen. Thiessen was Spelling’s first choice to replace Doherty in the series Charmed in 2001, but she refused his offer because she was hoping the NBC pilot for Everything But the Girl would be picked up. The role eventually went to Rose McGowan.