According to his photos, Martinez stands at an average height and is of average body size. There is no detailed information about his body measurements. However, this information will be updated as soon as it is available. 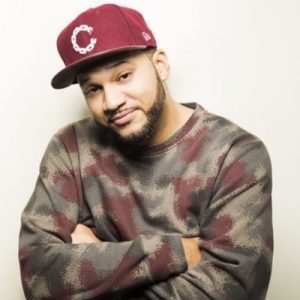 Martinez was born in Washington Heights, Manhattan. He was raised in various neighborhoods including Bronx, Tremont, Throggs Neck, Kingsbridge, Mount Eden, and Belmont. His parents are Dominican immigrants. There are no further details about his parents and siblings if he has any. Mero is Afro-Latino. He is fluent in Spanish. His name “Mero” is the short form of “Romero” a name his father and uncle wanted to name him.

Mero is happily married to his wife Heather Martinez. Heather is a teacher from New Jersey. There is, however, no information about when the two actually got married and how long they have been together. Mero and his wife are proud parents of four children; three boys and a girl.

Prior to starting his television career, Mero worked as a paraprofessional at a school in The Bronx. In 2012, he started writing Vice’s music platform Noisey. His first article was a review of Canadian electronic music duo Crystal Castles’ album III. The article was published on November 14, 2012.

In September 2014, Martinez broke the world record for Kazoo solo. He talked about this accomplishment in an interview with Time Crisis with Ezra Koenig. He joined the cast of the 5th season of Guy Code in 2014. Their show, Desus & Mero premiered on October 17, 2016. He currently co-hosts Desus & Mero on Showtime.

The Kid Mero Net Worth

As of 2021, Mero’s net worth is estimated to be around $6 million. He has gained all his wealth from his successful career as a writer, comedian, TV personality, voice actor, YouTube personality, music blogger, and social media personality.