Tammie Frank is an American Martial Arts Artist and the producer and star of My Morphin Life; a reality show that gives an inside look into the life of Martial Artist and Actor Jason David Frank.

Frank is a certified Muay Thai trainer and Kru under the MTIA (Muay Thai International Association).

However, most people know her as the estranged wife of the late Jason David Frank, an American actor and mixed martial artist who was known for his character as Tommy Oliver from the Power Rangers franchise.

It is not yet clear how old Tammie is. She is yet to share her date and year of birth.

Frank and her ex-husband Jason David Frank had one child together, a daughter named Jenna Frank. 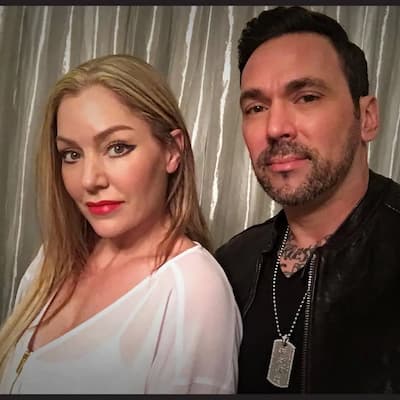 In August 2022, Tammie filed for divorce from her husband the late Jason David Frank citing infidelity as one of the reasons for their split.

According to TMZ, Tammie also said the marriage wasn’t working because of discord and conflict between them. She also said she can no longer live with Jason because of his cruel treatment towards her.

Jason and Tammie got married in 2003. This was Jason’s second marriage. He was previously married in 1994 but he and his first wife divorced in 2001. Jason had two sons and a daughter from that marriage.