A native of the DC Metropolitan area, Tamara Jade is an American singer and songwriter based in New York. She is a classically-trained Soul artist.

Jade became widely known after auditioning for season 19 of The Voice on NBC.

She attended Oberlin College where she graduated with a Bachelor of Arts degree in Sociology and also has a BMus in Vocal Performance from the same college.

Jade is a rather private person when it comes to her family. She has not shared much information regarding her parents or siblings. However, it is known that her mother was the musical director at church. 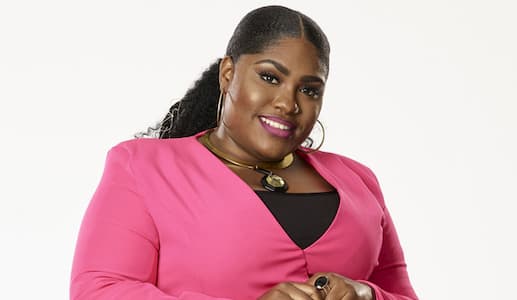 Jade sang her own solo at 6 years old and since then became heavily involved in the choir. She even went on to study opera at her performing arts high school and later at a conservatory.

Her New York debut in 2016 was in the world premiere of The Classical Theater of Harlem’s “The First Noel” at the historic Apollo Theater.

She was a featured soloist in Theater of War’s 5-week run of “Antigone in Ferguson” at Harlem Stage. Around the same time, Tamara joined the cast of the reading for Titus Burgess’ “The Preacher’s Wife” featuring Ledisi and Loretta Divine.

Jade released her debut album, “Self Aware” in October 2019. According to her website, Tamara’s vision for her music, ” is to bring positivity and light to anyone who will listen.

“With her eclectic, but soulful sound, T.J. seeks to infuse the elements of different music that stole her ear with intentional originality. She seeks to inspire others to chase their dreams and live life to its fullest potential all to a relatable soundtrack. ”

Jade auditioned on season 19 of The Voice singing Lizzo’s song “Cuz I Love You.” She got a four-chair-turn. She, however, ultimately decided to join Team John Legend.