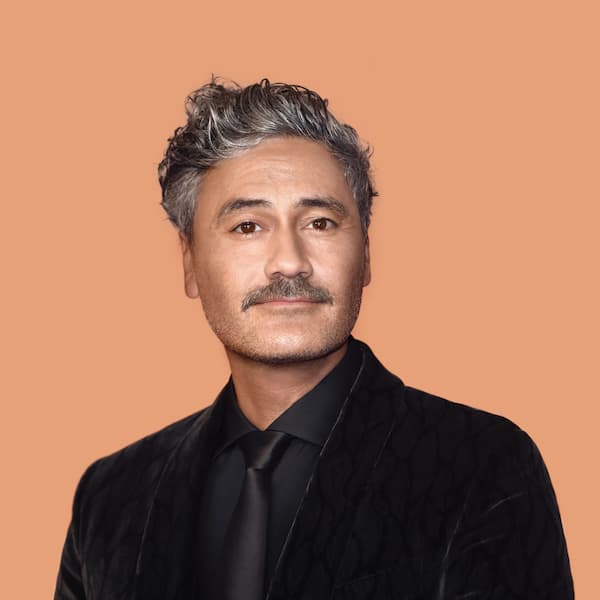 A native of Raukokore, Waihau Bay, New Zealand, Taika Waititiis a New Zealand comedian, actor, and filmmaker. He is a recipient of a BAFTA Award, a Grammy Award, and an Academy Award, and has acquired two nominations at the Primetime Emmy Awards.

Waititi attended Onslow College, then studied theatre at Victoria University of Wellington where he graduated with a Bachelor of Arts in 1997.

Waititi was born in Raukokore in the Bay of Plenty region of New Zealand’s North Island and grew up on both the East Coast and in the Aro Valley of Wellington. His mother, Robin Cohen, was a school teacher while his father was an artist of Te Whānau-ā-Apanui descent. Waititi stated that his mother’s family were Russian Jews “mixed with a bit of Irish” and another European ancestry, while his father’s side was “Māori and a little bit of French Canadian”.Waititi describes himself as a “Polynesian Jew”.

Waititi has an estimated net worth of $13 million.

In 2013, Waititi acted,co-directed, and co-wrote, the vampire comedy mockumentary What We Do in the Shadows with Clement. It premiered at the Sundance Film Festival in January 2014. Waititi and Clement played members of a group of vampires who live in an appropriately gothic house in modern-day Wellington.

A television adaptation of the film was commissioned in May 2018, with Waititi as an executive producer and director. The series of the same name premiered on FX in March 2019; its second season received a Primetime Emmy Award nomination for Outstanding Comedy Series.

Waititi’s fourth feature, Hunt for the Wilderpeople, premiered at the 2016 Sundance Film Festival. When it was released in New Zealand, the comedy-adventure broke Waititi’s own record for a New Zealand film in its opening weekend.

Based on a book by Barry Crump, it centers on a young boy (played by Julian Dennison) and a grumpy man (played by Sam Neill) on the run in the forest. Waititi wrote the initial screenplay for the 2016 Disney film Moana, which focused on gender and family. Those elements were passed over in favor of what became the final story.

In 2017, Waititi won the award for New Zealander of the Year but was unable to receive it in person due to work commitments. That year, he directed his first major studio film, Marvel Studios’ Thor: Ragnarok, which was released in October. He also portrayed Korg, a Kronan, via motion capture in the film.

He had previously directed a short film series for Marvel called Team Thor, chronicling the lives of Thor and his roommate, Darryl Jacobson. Thor: Ragnarok earned critical praise and was successful at the box office. Waititi was later consulted by Christopher Markus and Stephen McFeely on Thor’s storylines for Avengers: Infinity War, to maintain the character’s consistency in the Marvel Cinematic Universe.

In 2019, he wrote and directed Jojo Rabbit, based on the book Caging Skies by Christine Leunens, the 1940s-set story of a child in the Hitler Youth whose mother is secretly hiding a Jewish girl in their home. Waititi plays Adolf Hitler as the boy’s imaginary friend. Waititi received Academy Award nominations for Best Picture and Best Adapted Screenplay.

He won the latter, making him the first person of Māori descent to win an Academy Award in a screenplay category, and the first indigenous person to be nominated for and win Best Adapted Screenplay. In 2021 he won the Grammy Award for Best Compilation Soundtrack for Visual Media as a producer of the Jojo Rabbit soundtrack.