Spingola is 50 years old as of 2021. He was born in 1971 in the Wisconsin United States. However, his exact date of birth as well as his exact place of birth are presently under review. We will update this section once the information is available.

Spingola stands at an average height. However, her actual height and weight are publicly not known. We will update this section as soon as the information is available.

Spingola was born and raised by his parents in Wisconsin United States. However, our efforts to find out more about his parents came to no avail as no such information is publicly available. Thus, the identity of Spingola’s parents is still unclear. It is also not known if he has any siblings. We will update this section once this information is available. 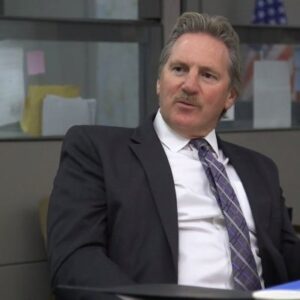 Spingola is a very private person. He has not disclosed any information concerning his past or his present relationship status. This information is however currently under review and will soon be updated.

Spingola has an estimated net worth of $100K – $1 million U.S dollars.

Cold Justice is an investigative true crime series originally broadcast on TNT and presently on Oxygen. The series, produced by Dick Wolf, follows former Harris County, Texas prosecutor Kelly Siegler and a team of investigators as they re-open unsolved murder cases with the support and assistance of local law enforcement.

Steve has authored two books, Best of the Spingola Files, Volumes 1 & 2, and a soon-to-be-released book on the strange deaths of college-age men in Wisconsin, which some attribute to the so-called “smiley face killer.”

Spingola is prominently mentioned in two well-regarded true crime books; You Gotta Be Dirty: The Outlaws Motorcycle Club In & Around Wisconsin and The Milwaukee Mafia: Mobsters in the Heartland Both of these books are available on Amazon.

Before his retirement as a lieutenant of detectives with the Milwaukee Police Department (MPD), Spingola was a supervisor in all major categories of criminal investigations, including stints in the Homicide Unit, Vice Control Division, Sensitive Crimes Unit, and Violent Crimes Division.

Spingola also served as the lead investigator for the Critical Incident Unit, a group that probes police-related shootings, use-of-force incidents, extrajudicial killings, and other significant events.

Currently, he is the chair of Gateway Technical College’s Criminal Justice Studies program, and also serves as an adjunct professor of criminal justice and security management for Waukesha County Technical College.

Spingola is an investigator for Cold Justice, a popular Oxygen Channel true crime program. During a 2014 episode in Vigo County, Indiana, he and another investigator obtained a confession in a decades-old cold case. During intense interrogation, Clint Mackey broke down and stated, “I went back, grabbed the knife, and killed her.”