Stephen James Backshall a native of Surrey, is an American explorer, naturalist, presenter, and writer. Steve is best recognized for presenting the wildlife documentary Deadly 60 on BBC. He is also known for shows like; Lost Land of the Tiger, Lost Land of the Volcano, Deadly Dinosaurs and Lost Land of the Jaguar, and Expedition with Steve Backshall.

Steve stands at an estimated height of 5 feet 11 inches which is approximately 1.8 meters. He is of average height, has black hair and dark brown eyes. Further details about his body measurements will be updated soon.

Steve was born and raised in Bagshot, Surrey, England. He was raised by his parents who worked for British Airways. They lived in a smallholding with rescue animals. Steve has a sibling named Jo Backshall. Steve went to Collingwood College in Camberley then later attended Brooklands College. He earned his MSc in bioscience from Canterbury Christ Church University. 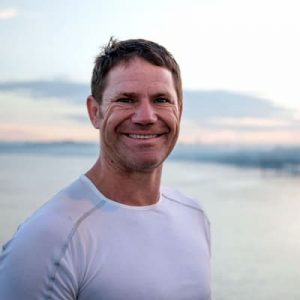 Backshall has garnered lots of attention for hosting the wildlife documentary program Deadly 60 on BBC. In 1998, he was hired by National Geographic Channel after he sold them a pilot which he made during his time in the jungles of Colombia. He later moved to BBC in 2003. He hosted The Really Wild Show. In 2007, he joined the BBC Natural History Unit’s expedition team.

In 2014, Steve was a contestant on the 12th season of Strictly Come Dancing on BBC One. He has also co-hosted Big Blue Live, a series of three programs for BBC1. Steve took part in And They’re Off! in January 2018. He hosted an hour-long documentary Steve Backshall Vs The Monster Mountain on CBBC.

In addition, Steve is a rock climber and mountaineer who does adventure races endurance sports, and fell runs. He ran the 2005 Marathon des Sables 243 km across the Sahara desert. He has also climbed peaks like Cho Oyu and Cholatse in the Himalayan Khumbu.

In 2018, he launched a project Expedition. The project was televised by BBC2, UKTV, SBS, PBS, and Discovery Asia. It ran for a year until 2019. It included ten expeditions to parts that were yet to be explored. They were able to discover many miles of cave passages in the cenotes of the Yucatan. They even discovered a waterfall that had not been seen before.

Backshall has an estimated net worth of $2 million as of 2022.