Sofia Wylie is an American actress and dancer best known for starring as Buffy Driscoll on the Disney Channel series Andi Mack.

Wylie currently stars as Gina Porter in the Disney+ series High School Musical: The Musical: The Series. She was cast as the main character in 2019. She will cast as Agatha in the upcoming Netflix Film The School for Good And Evil in 2022.

Wylie was born on January 7, 2004, in Scottsdale, Arizona. She is 17 years old as of 2021. Wylie celebrates her birthday on the 7th of January every year surrounded by friends and family.

Wylie stands at a height of 5 feet 5 inches. There is no further information about her body measurements. 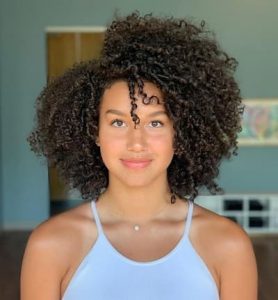 Wylie was born as Sofia Christine Wylie in Scottsdale, Arizona, and grew up in Tramonto. She was born to her parents Chris and Amy. Wylie has an older sister Isabella. Isabella appeared in an episode of Chopped Junior. She won in the competition. Wylie is a quarter Korean on her father’s side.

Wylie learned her acting skills at Second City Training Center in Hollywood, California. There is no further information about her education.

Wylie started dancing at the age of 5. She made appearances on So You Think You Can Dance in 2011 and 2016. She appeared in America”s Got Talent in 2016. In 2017, Wylie started 4k Dance Series which is based on the internet together with the Utah dancers. Wylie, started an IGTV educational dance series, Dancing With Sofia Wylie in 2019.

She also performed on Justin Bieber’s Purpose World Tour. Wylie got her breakthrough role when she starred as Buffy Driscoll on the Disney Channel series Andi Mack. She went ahead to make her film debut when she featured as Cory Bailey in the 2019 Australian film, Back of the Net.

In January 2019, Wylie released her first single, Side by Side, for Marvel Rising: Chasing Ghosts. As a voice actor, Wylie voiced the character of Riri Williams in Marvel Rising: Heart of Iron which aired on Disney XD. She played the same role in Marvel Rising: Battle of the Bands and  Spider-Man season three.

Wylie will cast as Agatha in the upcoming Netflix fantasy Film The School for Good And Evil in 2022. In 2019, she launched AIFOS a production company. The company’s first project is said to be an adaptation of Jenny Torres Sanchez’s novel, The Fall of Innocence.

Wylie is currently single. At seventeen, seems like she would rather focus on her career and studies.

Wylie has an estimated net worth of $2 million. She has earned her wealth from her career as an actor and dancer.