A native of  Ardmore, Oklahoma, Sharen Jester Turney is a business leader, former president, and CEO of Victoria’s Secret, as well as the CEO of Gloria Jeans.

In 2013, Turney was named by Bloomberg the fourth-highest compensated female executive in the United States.

Turney is a married woman. She is married to her husband Charles. The couple got married in 1989 and they have a son named Matthew, who was born in 1994. She and her family currently reside in New Albany, Ohio, splitting time between residences in Manhattan. 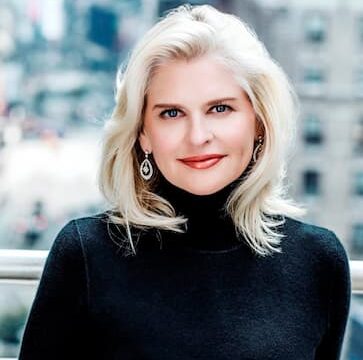 Turney began her career as a buyer for Foley’s, a department store chain in Houston, Texas.

She later had stints at Byer California and Federated Department Stores. She eventually joined Neiman Marcus, where she became executive vice president of merchandising and then senior vice president and general merchandise manager.

Turney finished her career at Neiman Marcus as president and CEO of NM Direct, the company’s e-commerce, and catalog division, Horchow Catalog, and Chefs Catalog.

In July 2006, she was promoted to President and CEO of Victoria’s Secret.

As CEO, Turney has overseen an increase in total sales revenue from $4.5 billion to over $7.7 billion and more than doubled the profit in 2015.

Turney serves as chairman of the board of directors for the Research Institute at Nationwide Children’s Hospital.

She also serves on the Jay H. Baker Retailing Initiative advisory board at The Wharton School, University of Pennsylvania.

Turney was also a member of the board of directors for M/I Homes, Inc. for eight years resigning in 2019. She is also actively involved with The Center for Family Safety and Healing.

Turney also serves on the board of directors for Sweden-based global brand Happy Socks.

Turney serves on several boards and committees. She is on the Board of Directors for Nationwide Children’s Hospital.

Turney is also Chairman of the Research Institute for Nationwide Children’s Hospital. She is also part of the Industry Advisory Committee for the Jay H. Baker Retailing Center in the Wharton School of the University of Pennsylvania.

Some of her generous giving includes 1 million dollars to The James at The Ohio State University Comprehensive Cancer Center.

She also gave two million dollars to her alma mater the University of Oklahoma. Turney also gave more than 500 thousand dollars to Nationwide Children’s Hospital. She has also established scholarships for young girls’ education in the United States and abroad.

Turney has an estimated net worth of around $5 million.