Shaan Patel is an American entrepreneur and reality TV personality, who is best known as a cast member on Bravo’s reality show, Family Karma. The show follows the lives of seven young Indian-American friends in Miami.

The American entrepreneur and reality television personality, Shaan, was born in 1995. Patel is 26 years old as of 2021. He is yet to disclose his exact date of birth hence hard to determine his birthday. This information is currently under review and will soon be updated.

The American television personality, Shaan, is of average height. However, he has not disclosed his details about his exact height, weight nor other body measurements. This information is currently under review and will soon be updated.

Patel is from one of the first wealthy Indian families to settle in Miami. His grandfather moved to Miami in the 1970s bringing his large family and a deep sense of community. 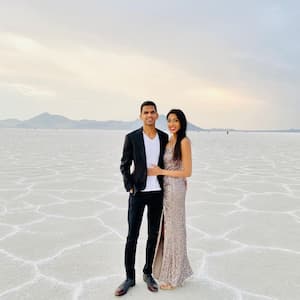 He partnered with other Indian families he found through working in the Miami free zone and was able to start an annual Diwali party that blossomed into the many parties and associations that define the Indian community in Miami today.

His grandfather also had statues, which are replicas of the family created when Patel was one year old. His mother revealed that each statue is about 1,200 pounds.

She also revealed that his inspiration for statues came from a visit to a wax museum. “He thought, ‘Let me make real solid, marble statues.’ That they would be better than the wax ones. So that’s why he made them.”

Patel is dating. However, not much is known about his girlfriend. Not even her name. The couple loves to walk to nearby restaurants and cafes on Miracle Mile. They also love to explore Miami and often visit Miami Beach, Design District, Little Havana, and many other places.

Patel attended Pinewood Acres School in Kendall and Gulliver Schools in Pinecrest for middle and high school. He later went on to join Rice University in Texas to attend architecture school.

After university and living in Houston, New York City, and Paris, Patel went back to Miami in 2016. He and his father started a real estate design and development company in 2016. He is the vice-chair of the board of directors of Transit Alliance Miami and he is also on the executive board of Miami Forward, a coalition of community organizations working to better Miami at the county level.

Patel is a cast member on Bravo’s TV reality show, Family Karma. The show shows how the lives of a couple of Indian-American friends unfold having originated from multi-generational homes steeped in traditional Indian culture and navigating new, decidedly-more-modern American ways.

Other cast members of the show include Anisha who is 34 years old, Vaswani, 27 years of age, Vishal who is 32 years old, Brian, 27 years old and Bali who is 44 years old.

Patel has made a geat fortune from his career, however he is yet to reveal his net worth. This information is currently under review and will soon be updated.