A native of  Melbourne, Australia, Savannah Guthrie is an Australian American broadcast journalist and attorney. She is the main co-anchor at NBC News morning show ‘Today’.

Guthrie previously served as a White House correspondent between 2008 and 2011 and as co-anchor of the MSNBC program The Daily Rundown in 2010 and 2011. 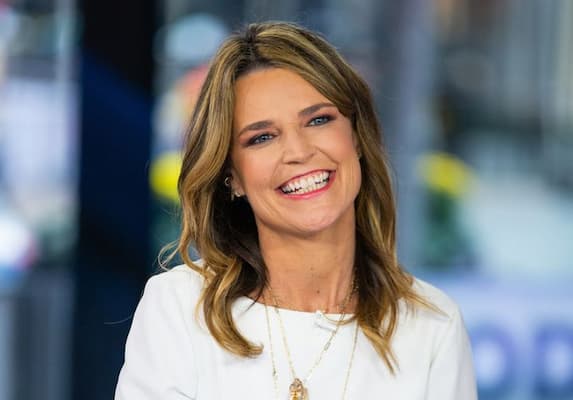 Guthrie has been married twice. She was first married to BBC News presenter, Mark Orchard. The two met while Savannah was covering the trial of Michael Jackson. They began dating and got married in December 2005 before divorcing in 2009.

Later that same year, Savannah began dating Democratic political and communications consultant Michael Feldman. The couple got engaged in May 2013 while vacationing in Turks and Caicos.

On March 15, 2014, the couple got married in Tucson, with Guthrie announcing two days later that she was four months pregnant.

Later on June 7, 2016, Guthrie announced she and her husband were expecting their second child. On December 8, 2016, the couple welcomed their son Charles Max.

Guthrie works as a main co-anchor of the NBC News morning show Today. She has been serving in that position since 2012. Savannah was announced as the co-host of Today’s third hour alongside Natalie Morales and Al Roker.

She joined NBC News in September 2007 as a legal analyst and correspondent. She later on between 2008 and 2011, served a s a White House correspondent.

Guthrie also served as co-anchor of the MSNBC program The Daily Rundown in 2010 and 2011.

After Savannah substituted for both Meredith Vieira and Ann Curry on Today, it was confirmed on May 9, 2011 that she would become co-host of the 9 a.m. hour, alongside Natalie Morales and Al Roker, and the show’s Chief Legal Editor.

This move came after Vieira announced her departure from the show as co-host of the main program, and the subsequent promotions of Curry and Morales to main co-host and news anchor, respectively.

Savannah departed The Daily Rundown for Today on June 9, 2011. Savannah also became NBC News’s Chief Legal Analyst, making her first appearance in this role on May 25, 2011.

On June 29, 2012, it was announced that she would co-anchor Today, replacing Curry, and her first day as co-anchor, alongside Matt Lauer was on July 9, 2012.

Since 2012, Savannah has hosted the Macy’s Thanksgiving Day Parade on NBC and the annual Rockefeller Center Tree Lighting.

No. Savannah is not leaving The Today Show yet.

Savannah in September 2018, opened up about her former Today show co-anchor Matt Lauer, almost a year after he was fired by NBC for alleged sexual misconduct. Savannah revealed to the PEOPLE, that she has not seen Matt since his termination but always tries to keep in touch through text.

Guthrie earns an estimated annual salary of around $8 million.

Guthrie has an estimated net worth of around $20 million.