A native of Rhode Island, Sara Gideon is an American politician who served as the Speaker of the Maine House of Representatives.

Gideon is a Democrat from Freeport, a town north of Portland. Sara represents District 48 of the Maine House of Representatives, which encompasses part of Freeport and Pownal in Cumberland County.

She was first elected in 2012, and later reelected in 2014, and chosen as Assistant Majority Leader of the Maine House of Representatives.

Gideon was born and raised in Rhode Island. She earned a B.A. in international affairs from George Washington University’s Elliott School of International Affairs in Washington D.C in 1994.

She moved to Freeport in 2004 and served as Vice-Chair of the Freeport Town Council. Sara also worked as an advertising account executive at USA Today. 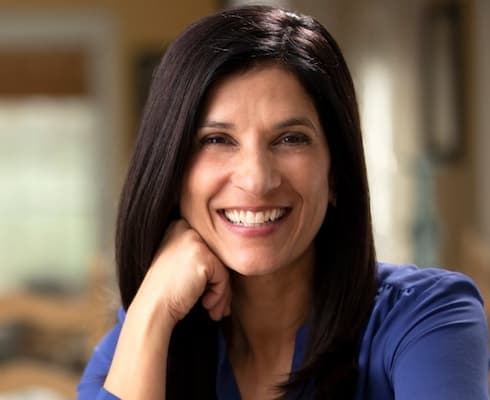 Gideon is a married woman. She is married to Benjamin Rogoff Gideon. She and her husband have three children. They live together in Freeport.

Sara was first elected in 2012. She was later reelected in 2014 and chosen as Assistant Majority Leader of the Maine House of Representatives.

Throughout her time in the Maine House of Representatives, Sara has led on issues related to increased prosperity for all Maine families.

In both 2017 and 2018, under divided government, she passed common-sense measures that both lifted Maine families out of poverty while increasing the numbers of higher-skilled workers needed by Maine’s employers and economy.

On June 24, 2019, Sara announced on Twitter that she will be running in the 2020 Senate election to challenge United States, Senator Susan Collins.

She has also been a vocal advocate for expanding high-speed internet access, recognizing that business travels not just on roads and bridges, but on the digital highways that are modern broadband.