A native of Wellington, New Zealand, Russell Crowe is a singer, director, and actor. However, he was born in New Zealand, spent 10 years of his childhood in Australia, and moved there permanently at age 21.

Crowe was educated at Sydney Boys High School and Vaucluse Public School before his family moved back to New Zealand in 1978 when he was 14. He continued his secondary education at Auckland Grammar School, with his cousins and brother Terry, and Mount Roskill Grammar School before leaving school at the age of 16 to pursue his acting dreams.

Crowe was born in the Wellington suburb of Strathmore Park on 7 April 1964, the son of film set caterers Jocelyn Yvonne (née Wemyss) and John Alexander Crowe. His father also managed a hotel. He has a sibling called Terry Crowe. 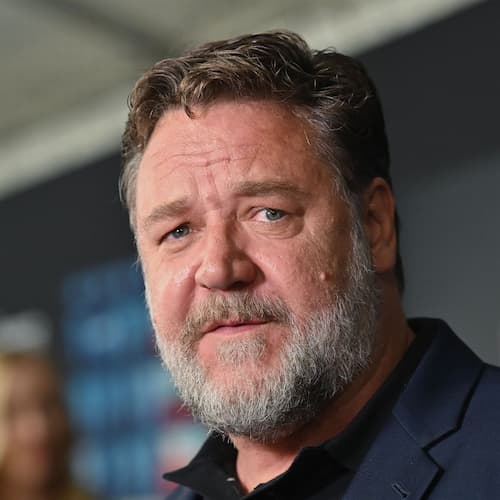 In 1989, Crowe met Australian singer Danielle Spencer while working on the film The Crossing and the two started an on-again, off-again relationship. In 2000, he became romantically involved with American actress Meg Ryan while working on their film Proof of Life.

Crowe has an estimated net worth of $120 Million.

Crowe has supported the Australian Labor Party (ALP) and  advocated for former Australian prime minister Julia Gillard in June 2013 and narrated an advertisement for the Labor Party’s election campaign in May 2022. He has been a vocal critic of Australia’s immigration custody facilities, describing them as “a nation’s shame” and “fucking disgraceful”. In November 2017, he offered to relocate displaced refugees who were held in Australia’s offshore detention facility on Manus Island.

During location filming of Cinderella Man, Crowe made a donation to a Jewish elementary school whose library had been damaged as a result of arson. A note with an anti-Semitic message had been left at the scene. Crowe called school officials to express his concern and wanted his message relayed to the students. The school’s building fund received donations from throughout Canada and the amount of Crowe’s donation was not disclosed.

On another occasion, Crowe donated $200,000 to a struggling primary school near his home in rural Australia. The money went towards an $800,000 project to construct a swimming pool at the school. Crowe’s sympathies were sparked when a pupil drowned at the nearby Coffs Harbour beach in 2001, and he felt the pool would help students become better swimmers and improve their water safety. At the opening ceremony, he dived into the pool fully clothed as soon as it was declared open. Nana Glen principal Laurie Renshall said, “The many things he does up here, people just don’t know about. We’ve been trying to get a pool for 10 years.”

In August 2020, Crowe donated $5,000 to a fundraiser on GoFundMe by filmmaker Amanda Bailly and journalist Richard Hall to help rebuild Le Chef, a restaurant that was destroyed in the 2020 Beirut explosion. The fundraiser aimed to raise $15,000, but it raised approximately $19,000 as of August 16. In response to Hall noting the donation, Crowe tweeted: “On behalf of Anthony Bourdain. I thought he probably would have done so if he was still around. I wish you and Le Chef the best and hope things can be put back together soon.”