A native of British Columbia, Canada, Rosa Salazar is an American actress who has had roles in the NBC series Parenthood and the FX anthology series American Horror Story: Murder House.

Salazar played the title character in the film Alita: Battle Angel and also appeared in The Divergent Series: Insurgent, and Maze Runner: The Scorch Trials.

She also appeared in the Netflix films The Kindergarten Teacher and Bird Box.

Salazar grew up in Washington, D.C., and nearby Greenbelt, Maryland. She attended Eleanor Roosevelt High School in Greenbelt. She was active in the school theatre program. Salazar is of Peruvian descent. 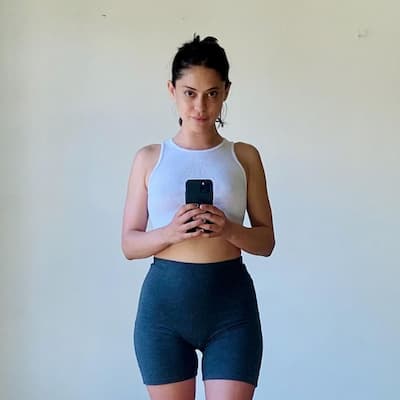 Salazar is lives a very private personal life. There has not been any reliable information of who she has dated or is dating. She was previously rumored to be dating a guy by the name of Sam Setzer.

Since she was fifteen, Salazar enjoyed entertaining others. She, however, became serious about becoming an actress after moving to New York City as a young adult, where she worked with CollegeHumor.

Later in 2015, she co-starred in various sequels: The Divergent Series: Insurgent as Lynn, and Maze Runner: The Scorch Trials as Brenda.

Salazar made her major studio lead debut with the film Alita: Battle Angel in 2019. The film is an adaptation of the manga Gunnm and was directed by Robert Rodriguez.

In the film American Horror Story, Rosa portrays the character of a ghost known as Maria who was a nursing student. Maria was murdered by R. Franklin in 1968. She killed Fiona and Dallas in 2011.

Salazar has an estimated net worth of $3 million as of 2019.