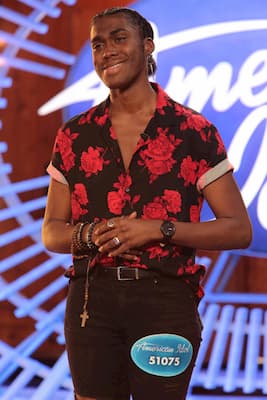 From Dallas, Robert Taylor is an American singer who became well known as a contestant on American Idol season 18.

Taylor is 27 years old as of 2020. We will provide the exact date of birth once the details are available.

There is no information about Taylor’s family yet; his mother, siblings and the whole extended family. However, he revealed that his dad died in January 2020 from drug addiction.

His dad was the reason Taylor auditioned for American idol. The show was one of the things that he wanted him to do. Taylor told the judges that the show was his dad’s dream as well.

Taylor also revealed that he is gay and he only accepted that last year, 2019. However, after he decided to own his truth, a lot of his family members kind of disowned him except for his dad who stood by and accepted him for whom he was.

Taylor’s height measurements are not available at the moment.

During his American Idol audition, he gave an amazing performance, of the “Bruises” by Lewis Capaldi. All the judges were clearly impressed.

“I think your voice is absolutely incredible,” Lionel Richie told him. ” When you were talking to us, you seemed shy and when sat at that piano you turned into the artist. I love what you are about.”

After sharing his life story and what inspired him to audition for American Idol, Luke Bryan told him; “You’ve been in an environment where people built you up, people have not built you up but I think we are all about building you up, giving you even more confidence… I just thought it was a perfectly done audition.