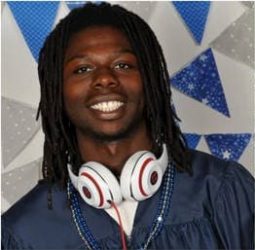 Robert Fuller is an African American man who was found dead hanging from a tree at Palmdale, California on June 10, 2020.

City and law enforcement officials announced that Fuller’s death was suicide. This caused an uproar from members of the community dismissing the claims that he took his own life, calling for further investigation.

Fuller was 24 years old at the time of his death.

There is not much information known about Robert except that he has a sister who goes by the name, Diamond Alexander on Facebook.

Fuller’s sister confirmed the news of his death on Facebook urging anyone with additional information about her brother’s death to come forward.

“Words can’t describe how much my family is hurting right now. Today we just got word that Robert body was found hanging in a tree out in Palmdale. It’s still under investigation. If anyone seen anything please come forward. Brother, you will forever be in our heart. RIP.”

According to a statement by Lt. Brandon Dean of the Los Angeles County Sheriff’s Department’s Homicide Bureau, Fuller’s body was discovered by a passerby at 4 a.m on June 10, 2020. He was hanging from a tree with a rope around his neck.

He went on to say, that all indicators pointed out to suicide although the investigators were waiting for the autopsy results.

“The City of Palmdale extends its sincere condolences and sympathies to the family and friends of the individual who tragically passed away in Palmdale on Wednesday. Our thoughts and prayers are with them.

“City Manager J.J. Murphy received confirmation that this unfortunate incident was a death by suicide. Sadly, it is not the first such incident since the COVID-19 pandemic began.

Many people are suffering extreme mental anguish and the City wants everyone to know that help is available. There are local resources such as Mental Health America of Los Angeles, AV Vet Center, and the Los Angeles County Department of Mental Health.”