A native of New York, Richard M. Cohen is an American journalist, television producer, and author who is a former senior producer for CBS News and CNN.

Richard is the recipient of several honors in journalism. He is a three-time Emmy award-winning CBS News journalist.

He is a former senior producer for CBS News and CNN. He also occasionally writes columns for the “Health and Fitness” section of The New York Times.

He graduated from Simpson College in 1970 and the Columbia University Graduate School of Journalism in 1976.

In1985, he was a Fellow of the Institute of Politics, Harvard University, and in 1989 was visiting professor of writing at Johns Hopkins Univ. and Journalist in Residence at U. Cal. Berkley. 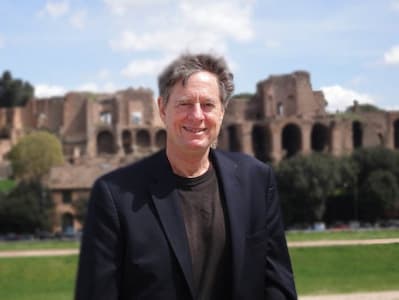 Richard is married to television personality Meredith Vieira. Meredith is a co-host of the NBC News morning news program, Today. She was the original host of the syndicated version of Who Wants to Be a Millionaire.

Richard began his network television news career at ABC News in 1971. During that time he was an assistant producer of Issues and Answers and floor producer for ABC News at both 1972 political conventions.

He was also a producer on PBS’s McNeil Lehrer Report and in 1979, for The CBS Evening News with Walter Cronkite, serving as Dan Rather’s producer when he assumed the anchor chair in 1981.

While at CBS, Richard covered the rise of the Solidarity trade union movement in Poland and wars in the Middle East and Central America.

He specialized in politics, directing presidential campaign coverage for CBS News in 1984 and 1988.

Later in 1989, he produced and directed Illusions of News with Bill Moyers for PBS and in 1992, Bill Clinton of Arkansas for CNN.

Richard is the son of Teresa and Benjamin Cohen, a doctor. Richard has had multiple sclerosis since he was 25 years old.

He is also legally blind and he has written an autobiography titled, Blindsided: Lifting a Life Above Illness: A Reluctant Memoir.

Richard has a net worth of $40 Million.