A native of Florida, Rachel Recchia is an American reality tv star, commercial pilot, and flight instructor. She rose to fame after appearing on the 26th season of the reality tv show The Bachelor.

Recchia graduated from Ohio University with a degree in aviation. She was a cheerleader in college.

Recchia stands at an estimated height of 5 feet 9 inches and weighs about 55 Kgs. She has blonde hair and beautiful blue eyes. Further details about her body measurements are currently under review.

Recchia was born to her parents Tony Recchia and Mary Anne. She has a younger brother named Anthony. She was born in Chicago, Illinois but her family moved to Clermont, Florida when Recchia was a teenager. There is, however, no further information about her parents. The reality star is quite discreet about her personal life. 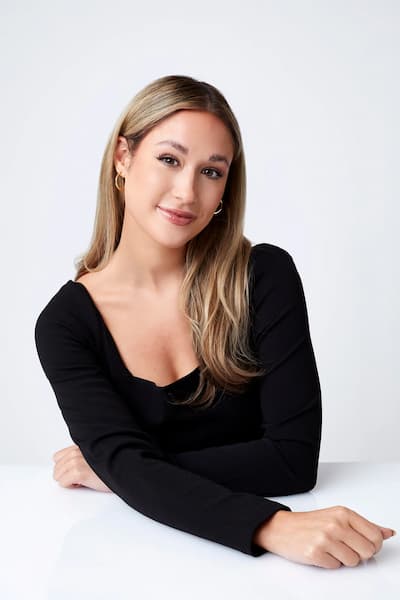 Prior to appearing on the Bachelor, there is no information available on Recchia’s dating life. She has not shared any details about her past relationships with her fans. She appears to be quite discreet about her personal life and prefers to keep it away from the media.

Recchia her degree in aviation in 2021 from Fritz J. and Dolores H. Russ College of Engineering and Technology at Ohio University. On her supposedly last day, at the university, she took to Instagram to announce that she had to land on runway 7 on her “last flight” at KUNI, the Gordon K Bush Ohio University Airport in Athens, Ohio. It is, however, not clear where she works.

Recchia gained much attention for appearing in the 26th season of the reality tv show The Bachelor. That season premiered on January 3, 2022, with sales representative and former football player Clayton Echard as the lead bachelor. On the show, Rachel described her ideal man as playful, passionate, and spontaneous. She ended up as the co-runner-up with fellow finalist Gabby Windey.

As earlier mentioned Rachel finished as the co-runner-up with fellow finalist Gabby Windey on season 26 of The Bachelor. Thereafter, during the live After the Final Rose special of Echard’s season, she was announced as The Bachelorette alongside Gabby.

This announcement, marked the first time there would be two leads for an entire season.

During her season as The Bachelorette, Recchia met Tino Franco whom she eventually got engaged. However, she broke up with him while the show was airing after Tino confessed to kissing another woman.

Recchia together with Gabby Windey with who she co-starred in season 19 of The Bachelorette appeared on season 8 of Bachelor in Paraside. The two ladies happen to have a couple of exes who are appearing on this season of Bachelor in Paradise.

One of those men is Logan Palmer, who was clearly not thrilled to see them there. He said he thought he left those relationships “at sea.”

Recchia’s net worth is currently under review and will be updated soon.