A native of  Knoxville, Tennessee, Rachel DeLoache Williams is an American writer, photographer, and editor. She is globally known as a former friend of Anna Sorokin.

Anna pretended to be a German heiress going by the name Anna Delvey and she allegedly conned Rachel $62,000.

DeLoache Williams graduated from Kenyon College in Gambier, Ohio in 2010 with degrees in English and studio art. She later moved to New York City and landed her dream job in the photo department at Vanity Fair. She worked with Vanity Fair for almost a decade.

Information on DeLoache Williams’ parents is not available. Their identities remain hidden. It is however known that they both work as clinical psychologists. It is also rumored that her father is Joshua Wiliams who ran for Congress during the 2016 elections in the USA. 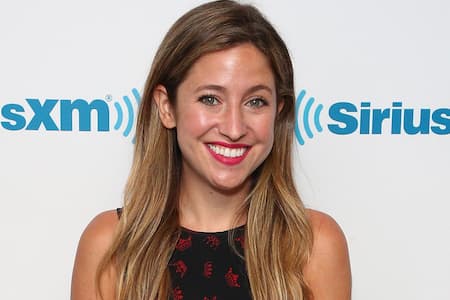 As of the time, this article was written, there is no information available about DeLoache Williams’ love life. We, therefore, cannot confirm whether she is married or if she is dating.

DeLoache Williams and Anna met at a nightclub in New York City in 2016 through friends. Anna had created the identity of a German heiress and had changed her name from Sorokin to Delvey. She and Rachel became friends and would events together, go shopping, dinners, and so on.

However, their friendship took a turn for the worst in 2017. They were on vacation in Marrakesh in May 2017 when Anna’s credit card stopped working and Williams had to pay the $62,000 for the trip on both her personal and business credit cards. Anna promised she would wire her the money but she never did.

On realizing Anna would not be paying her back, Rachel reported the incident to the New York City Police Department and the New York County District Attorney. She helped the police track down and arrest Anna in Los Angeles, and also testified against her in court.

DeLoache Williams worked for vanity Fair from 2010 to 2019 as a photo editor and producer. In 2018, Rachel published an article for Vanity Fair about her experience with Anna Sorokin. The article was titled; As An Added Bonus, She Paid For Everything: My Bright-Lights Misadventure With A Magician of Manhattan.

DeLoache Williams made deals for projects with HBO and Simon & Schuster about Anna Sorokin. For her HBO deal, she was paid $35, 000 and $300,000 for her book deal, and $1,300 for her magazine article. Rachel’s book My Friend Anna: The True Story of a Fake Heiress was published in 2019.

In the Netflix miniseries, Inventing Anna, Rachel is portrayed by Katie Lowes. The series is inspired by the story of Anna Sorokin and the article in New York titled “How Anna Delvey Tricked New York’s Party People” by Jessica Pressler,

In response to the miniseries, Rachel wrote an essay for Air Mail criticizing the Netflix series for putting out a “fictional story.” She went ahead to write that Netflix was “effectively running a con woman’s P.R and putting money in her pocket.”

DeLoache Williams has an estimated net worth of around $1.5 million.