Poppy Harlow born Katharine Julia Harlow, a native of Minnesota, is an American journalist. She is best recognized for her work as a reporter at CNN and Forbes.com. She is currently serving as an anchor of CNN Newsroom and a weekday relief presenter for CNN’s morning news program New Day.

Harlow has previously served as a business correspondent at CNN, HLN, and CNN International. In addition, she has worked as an anchor for CNNMoney.com and Forbes.com Video Network.

Harlow was born and raised in Minneapolis, Minnesota. She was born to her father James Lee Harlow, an attorney, and her mother Mary Louise Baird. Her father died when she was 15 years old. She has not disclosed information about her siblings if she has any.

Poppy is married to her husband Sinisa Babcic. Sinisa is a wealth management consultant and a partner at Ernst & Young. The couple met in Minnesota while Poppy was visiting her parents. They got married in 2012. They have been blessed with two children; a daughter born in April 2016 and a son born in February 2018. 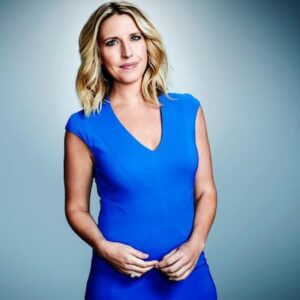 After graduating, Poppy worked as an assistant producer for CBS Newspath. She later served as an anchor and reporter for NY1 News’ Local Edition. Poppy joined Forbes.com Video Network in September 2007. In 2008, she joined CNN as an anchor for CNNMoney.com.

She also reported for HLN and CNN International. She became a New York-based CNN correspondent in April 2012. On February 6, 2017, Harlow alongside Jim Sciutto became the new co-anchors of CNN Newsroom from 9 A.M to 11 A.M. Harlow is a fill-in anchor for Richard Quest on CNN International.

Harlow was one of the news anchors appearing on YouTuber PewDiePie’s show Pew News. She made her first appearance on June 16, 2018, in the video titled “MEMES WILL GET BANNED!”. She joined the show after Gloria Borger stopped anchoring for Pew News.

Harlow makes an estimated salary of $2 million per year. She makes such a decent salary because she is one of the top news anchors working at CNN.

Harlow has an estimated net worth of $9 million.