Pokimane born Imane Anys is a Moroccan-Canadian internet personality who is best known for her Twitch live streams and broadcasting video game content. She mainly makes content on league of Legends and Fortnite.

Aside from being a professional gamer, Anys has a number of Youtube channels, Pokimane, Pokimane Too, Pokimane VODS, Poki ASMR, and Imane. Pokimane is a member of OfflineTV an online social entertainment group of content creators

Imane was born on 14 May 1996 in Morocco. The gaming enthusiast is 24 years old and celebrates her birthday every year.

Pokimane stands at a height of 5ft 3inches. However, there’s no much information about her body weight, measurements, hair color, and eye color. 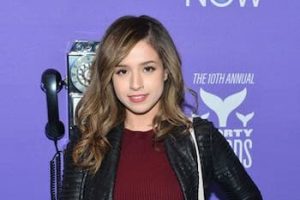 Anys started her gaming career back in 2015. She had enrolled at McMaster University where she studied Chemical Engineering. She later dropped out to focus on her gaming career. In 2017, she gained a massive following of 450, 000 on Twitch. She made it under the 100 most followed live streamers list on the platform. The Shorty Awards named Anys the Best Twitch Streamer of the year.

Anys’ first live stream was as part of a sponsorship by Fortnite. She played a small part in a League of Legends trailer that announced a new game code. Imane participated in the Pro-am event in 2018 at E3. She paired with rapper Designer but was later replaced by basketball player Josh Hart.

Aside from her live streaming, Imane also podcasts and streams various real-world streams. In July 2018, Twitch selected Anys as one of the 15 ambassadors for their 2018 TwichCon event. As one of the best players, Twitch partnered with Anys. They also made her a partner for their creator Camp which is designed to help content creators build successful channels. Anys signed a Multi-year exclusivity with Twitch in March 2020.

On the 25th of April, 2021, Social Blade named Anys as the sixth most followed user on Twitch with over 7.6 million followers. During the 2020 United States Presidential Election, Anys collaborated with U.S representatives Alexandria Ocasio-Cortez and Ilhan Omar together with other several streamers including Disguised Toast and HasanAbi for a session of Among Us as part of a get-out-the-vote.

Imane is one of the internet personalities that will appear in the film Free Guy directed by Shawn Levy which will be released in May 2021. She joined Markiplier and Jacksepticeye’s fashion brand Cloak as a partner and creative director in June 2020.

Aside from live streaming on Twitch, Anys is a YouTuber with several YouTube channels; Pokimane, Pokimane Too, Pokimane VODS, Poki ASMR, and imane. Most of her channels feature edited gaming clips, gaming content, vlogs, and podcasts. She launched her Simply Imane YouTube in 2021. She uploads more personal vlogs than gaming-related vlogs on this channel. Anys is also a member of OfflineTV an online social entertainment group of content creators.

Anys has over 8 million subscribers with over 180 million views. She is able to get over 138, 000 viewers on a single stream which earns her a reasonable amount of money. Twitch streamers are able to make money through donations from their subscribers, ads, news subscribers, and bits. Twitch partners receive about 50% of what live streamers accumulate. Anys is able to get at least 8,300 subscribers every month. She earns about $2.5 per subscriber which adds up to about $20, 750 per month making that $20, 000 per year. Aside from her revenues on Twitch, she earns from her YouTube channels and her Merchandise.