A native of Bristol, England, Peter Lord is an English animator, director, producer, and co-founder of the Academy Award-winning Aardman Animations studio.

Aardman Animations is an animation firm best known for its clay-animated films and shorts, particularly those featuring plasticine duo Wallace and Gromit.

Lord likes to keep his personal life private hence has not yet disclosed any information about his parents or siblings. 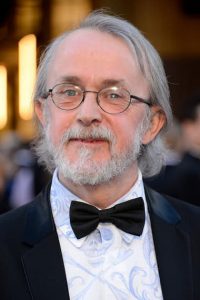 Lord has managed to keep his personal life away from the public. He has not yet shared any information about his dating/relationship status.

Lord attended the University of York in 1976 where he graduated in English.

Lord is one of Aardman’s co-founders. In 1976, he and David Sproxton founded the studio as a backyard studio. Morph, a stop-motion animated character made of Plasticine, was developed in 1977.

In 2005, he created Wallace & Gromit: The Curse of the Were-Rabbit, and in 2000, he created Chicken Run. On June 17, 2006, Lord was appointed a Commander of the Order of the British Empire (CBE). Lord was named as a visiting professor at Volda University in August 2016.

Lord has an estimated net worth that ranges from $1 million to $5 million.