Born in Oakland, California, Peter Alexander is an American journalist who works as an NBC News national correspondent based in Washington, D.C.

He is also a co-anchor of Today on its Saturday editions and appears on other NBC News platforms like NBC Nightly News, Today, Meet the Press, Dateline NBC, MSNBC, and NBCNews.com.

Alexander is the son of Terry and David Alexander. His father is an attorney. Peter has two younger twin siblings on born February 4, 1979. They are Kevin Alexander Rebecca Alexander.

His sister Rebecca is a psychotherapist and she has Usher syndrome type II. He also has a half-sister named Lauren, through his father. Alexander’s parents are divorced. 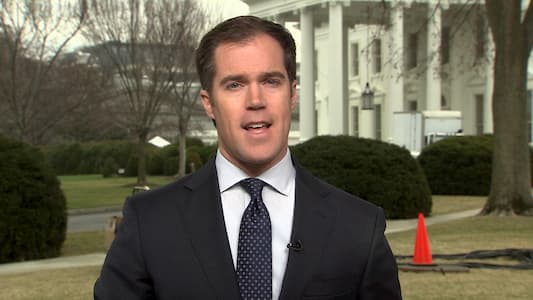 Alexander is married to his wife Alison Starling. Alison is a television news anchor and journalist. She works as a co-anchor of WJLA-TV’s weekday 4 PM, 5 PM and 11 PM newscasts.

Alexander and Alison got met in 2001 nad they got engaged in August 2011, in France. The couple eventually tied the knot on Saturday, April 21, 2012, atop the Newseum in Washington, DC.

The couple has two children together. His wife announced her first pregnancy in February 2013 and revealed that they were having a girl. Later in December 2014, the Washington Post reported that the couple was expecting their second child. They live in the suburbs of Washington D.C.

Alexander’s height measurements are not available.

Alexander earns an estimated annual salary of around $400k.

Alexander has an estimated net worth of around $1.5 million.

Alexander joined NBC News in 2004. He has since then covered international stories like the 2005 Iraq’s historic election, the death of Osama bin Laden in Pakistan, and the tsunami in Indonesia.

From 2012 to March 2014, Alexander served as a White House correspondent. He covered the Presidency of Barack Obama and also traveled across the world with the president. Alexander still frequently reports from the White House and also anchors on MSNBC.

Alexander is a co-anchor of Today on its Saturday editions alongside Kristen Welker and Dylan Dreyer. He was named for the position in October 2018. He was filling in for Craig Melvin, who had left his role as co-host of the Saturday morning version of Today.

On March 20, 2020, President Donald Trump, berated Alexander during a daily press briefing on the coronavirus outbreak, calling him a “terrible reporter” working for “Concast.”

Alexander had asked the president to say a word to Americans who are frightened by the coronavirus. “What do you say to Americans that are scared?”

President Trump went on t attack NBC and its parent company, Comcast telling Alexander; “You’re doing sensationalism…And the same with NBC and Comcast. I don’t call it Comcast. I call it ‘Con-Cast.”

“Let me just tell you something,” he continued. “That’s really bad reporting. And you ought to get back to reporting instead of sensationalism.”