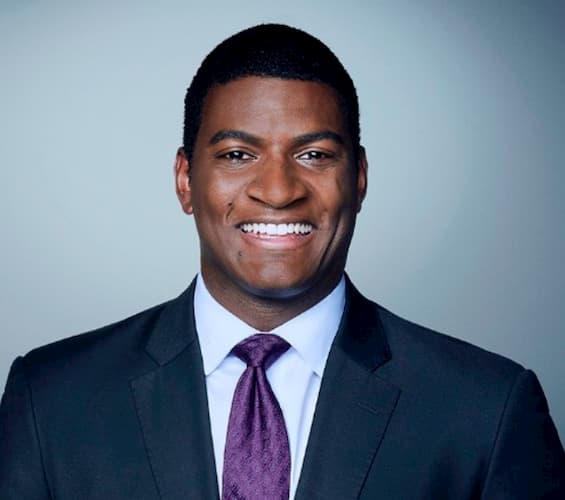 A native of Worcester, Massachusetts, Omar Jimenez is an American reporter working as a CNN correspondent based in Chicago.

Jimenez has not revealed his date or year of birth. His age, therefore, remains unknown. He was, however, born in Worcester, Massachusetts, but grew up in Kennesaw, Georgia.

Jimenez has been a very private person on matters concerning his personal and family life. There is no information available about his parents or siblings.

Jimenez attended Medill School of Journalism at Northwestern University where he graduated from in 2015.

While in school, he was awarded by the Society of Professional Journalists, the National Mark of Excellence Award for student TV. He has also received a Bronze finish at the National College Emmys in the newscast category.

Jimenez works as a CNN correspondent based in Chicago. He joined CNN in 2017, working for, CNN Newsource, based in Washington, D.C.

While working there, Jimenez covered breaking news stories. Some of the stories he covered are like; the aftermath of the Notre Dame Cathedral fire in Paris and the 2017 hurricanes in Florida and Texas.

Omar Jimenez Salary and Net Worth

It is not known how much Jimenez earns as a CNN correspondent. We will provide the information once it is available. His net worth is under review.

On May 29, 2020, Jimenez was arrest by Minneapolis police during a live broadcast while covering the Minneapolis protests.

He was later released after Governor Tim Walz intervened. After the release, Jimenez resumed the broadcast and recounted what happened. He said that they were cordial with him after the arrest and that a police officer told him he was “just following orders”.

“They weren’t violent with me, we were having a conversation about how crazy this week has been for every single part of the city. A lot of these people are on edge.

“The one thing that gave me a little bit of comfort was that it happened on live TV. When you talk within the community about, let’s say what happened with George Floyd, there’s discussion that, what’s happening isn’t new, it’s being filmed. That speaks to the power of having something that happens on camera. You can have people speak up for you without you saying anything,” Jimenez said.