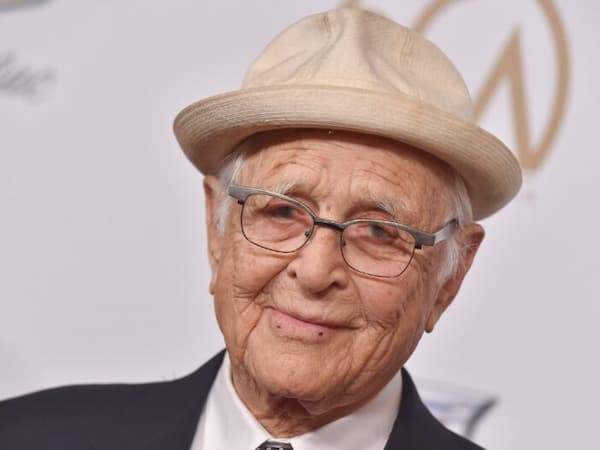 Norman Lear is an American political activist, television writer, and producer. He has created and developed multiple sitcoms including All in the Family, Maude, and Sanford and Son. He is part of the Malibu Mafia. In addition, he was part of The Nation Magazine. In 1980, he founded an advocacy organization called “People for the American Way”.

Norman stands at an estimated height of 5 feet 7 inches. Further details about his body measurements are not available.

Norman was born and raised in New Haven, Connecticut. He was born to his parents Jeanette and Hyman Lear. His father was a traveling salesman. He grew up together with his sister Claire Lear Brown. Claire died in 2015. His family was Jewish. His mother was from Ukraine while his father was from Russia.

Lear went to Weaver High School in Hartford, Connecticut. He later enrolled at Emerson College in Boston. In 1942, he dropped from college to join United States Army Air Forces. After serving for three years, in 1945, Lear was discharged from the Army together with his World War II crew members.

Norman has been married three times. His first marriage was to Charlotte Rosen in 1943. They ended their marriage in 1956. They have a daughter Ellen Lear born in 1947. She is a sex therapist. His second marriage was to Frances Loeb. They got divorced in 1985 after she received a $112 million divorce settlement.

Together they had two daughters Kate Breckir LaPook, an executive, and Magie Beth Lear. Lear married his current wife Lyn Davis in 1987. They have three children; son Benjamin Davis born in 1988 and twin daughters Madeline Rose Lear and Brianna Elizabeth Lear born in 1994.

In 1945, Lear was discharged from the Army. He then got a job in public relations. He moved to California to further his career in public relations. Lear would later team up with his cousin’s husband Ed Simmons to home furnishings door-to-door for a company called The Gans Brothers. Simmons was an aspiring comedy writer.

Lear and Simmons frequently wrote for the Martin and Lewis Show. The two also appeared on the Colgate Comedy Hour. Leah created his first tv series in 1959 called The Deputy. As a film director, Lear produced the 1967 film Divorce American Style and the 1971 film Cold Turkey. 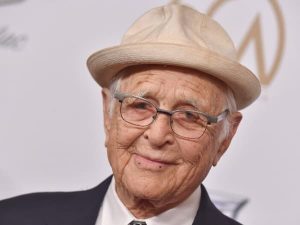 Lear’s first big sitcom was All in the Family. The show premiered on January 12, 1971, on CBS. His second big sitcom was NBC’s show, Sanford and Son. He co-founded his company Tandem Productions in 1958 alongside producer Bud Yorkin. The duo later split in 1975. After their split, Lear co-founded T.A.T. Communications alongside talent agent Jerry Perenchio.

Lear founded Act III Communications with Tom McGrath as president in 1986. In 1989, the productions company merged with Columbia Pictures Television to form Act III Television. In the 1990s, Lear produced several tv shows including Sunday Dinner, The Powers That Be, and 704 Hauser. Norman appeared in the “I’m a Little Bit Country” episode of South Park in 2003.

The 2016 documentary Norman Lear: Just Another Version of You was in reference to Norman. In 2003, Norman became the executive producer for One Day at a Time. Lear teamed up with Lin-Manuel Miranda to make a documentary about Moreno’s life, titled “Rita Moreno: The Girl Who Decided to Go For It”.

Norman is a supporter of the First Amendment and liberal causes. He is part of the Malibu Mafia and also part of The Nation Magazine. In 1980, he founded an advocacy organization called “People for the American Way”. Lear is also the founder of the Business Enterprise Trust. The program ended in 1998.

Norman and his purchased a Dunlap broadside in 2001. It is one of the first published copies of the United States Declaration of Independence. In 2004, Norman founded the national nonpartisan, nonprofit campaign “Declare Yourself”. The campaign was created to encourage youths to register and vote.

Lear has an estimated net worth of $200 million. He has made his multi-million empire through his successful career as a television writer and producer.