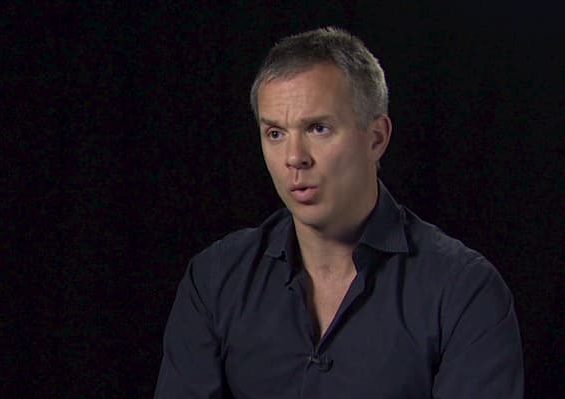 A native of Guildford, England, Nick Paton Walsh is a British journalist who is a Senior International Correspondent for CNN. He works as their Beirut Correspondent.

Paton Walsh attended Epsom College, after which he joined the University College London.

Paton Walsh joined CNN in March 2011. At the time he was situated in Pakistan where he covered the death of Osama bin Laden. Paton Walsh was their first reporter in the country to break the story. He entered Bin Laden’s former compound and broke the news that cellphone signals had led the Central Intelligence Agency (CIA) to the al-Qaeda leader.

Paton Walsh became CNN’s full-time correspondent in Kabul in September 2011. He later moved to Beirut in August 2012, from where he began covering the civil war in Syria.

His reports won CNN two Edward R Murrow Awards, a Peabody, and a News and Documentary Emmy Award for Individual Achievement in a Craft – Writing.

Paton Walsh joined Channel Four News in September 2006 as a foreign affairs correspondent. He covered the Iraq surge both from Baghdad and Washington, and also reported from Mosul and Basra. He also interviewed Russian murder suspect Andrey Lugovoy on the day the businessman was charged by British police with the murder of Alexander Litvinenko.

Paton Walsh also worked as Channel Four News undercover correspondent during the 2008 elections in Zimbabwe. He also reported on the war between Georgia and Russia from both sides of the front line in July 2008.

He later moved to Bangkok in September 2008 to become the program’s Asia correspondent. In November of 2008, During the Mumbai hotel sieges, Paton Walsh got the first interview with the Australian barman held in the Taj Hotel.

Later in March 2009, Channel Four News ran the first interview in seven years with alleged Russian arms dealer Viktor Bout. This interview was a product of six months of negotiations by Paton Walsh. The interview took place at the courthouse and in his remand center, as he faced extradition to the U.S.

Paton Walsh began his career in 1999 with The Observer newspaper. With the Newspaper, he worked as a researcher on the travel and film sections. While with the newspaper, Paton Walsh won the Young Journalist of the Year award from the British Press-Gazette.  This award secured him a place on the home news desk where he worked for 18 months.

Paton, later on, accepted a voluntary redundancy to go and work as The Observer’s newspaper stringer in Moscow. He went on to become the Guardian’s and Observer’s Moscow correspondent.  He held that position for four years.

While working for The Guardian, Paton Walsh was the Guardian’s only correspondent in Beslan for the brutal hostage crisis at Middle School Number One. He also helped break the story of the disciplining of Craig Murray. Craig Murray was the then British Ambassador to Uzbekistan, who spoke out against the British invasion of Iraq.

At the moment, there is no information available about Paton’s parents or siblings. We will provide any information on the subject as soon as it is available.

As earlier noted, Paton Walsh has led a very private personal life. He is yet to disclose any information regarding his love life. It is currently not known whether he is single, dating, or married.

No the two are not related. They just happen to share a name. Jill Paton Walsh is an English novelist and children’s writer who was born on 29 April 1937. She is best known for the Peter Wimsey–Harriet Vane mysteries.

It is not known how much money Paton Walsh earns as a Senior International correspondent with CNN. He, however, has an estimated net worth of around $5 million.

In 2006, he won the Amnesty International’s Gaby Rado Award for his work in the former Soviet Union and their television award for his work in Sri Lanka in 2010. He also won the Lorenzo Natali Prize for human rights reporting in 2006. In February 2011, Paton’s work in Kandahar, Afghanistan was part of a body of reports that won Channel Four News the prestigious Broadcast television award for news and current affairs coverage.