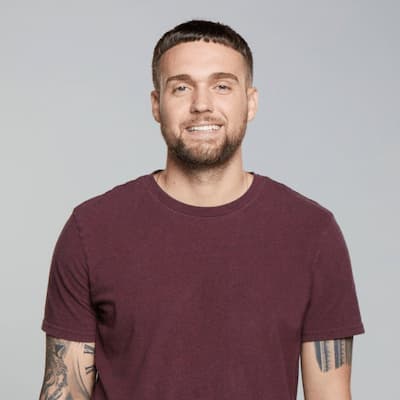 A native of Sewell, Nick Maccarone is an American television personality who was a houseguest on Big Brother 21 (US). He is a licensed associate counselor (LAC) based out of Sewell, New Jersey.

Maccarone received his Bachelor of Arts degree from Rowan University in Glassboro, New Jersey in 2014.

He later went on to complete his Master of Arts degree in the Clinical Mental Health Counseling program at Rowan University in 2016.

Maccarone is a licensed associate counselor (LAC) based out of Sewell, New Jersey. He works with patients who are suffering from mental, behavioral, and emotional problems and disorders.

Maccarone encourages them to discuss their emotions and experiences for the purpose of improving their mental health and quality of life.

When he is not working, he enjoys going to the city, hanging out with friends, playing video games, listening to music, and playing sports.

Maccarone is a houseguest on Big Brother 21 (US). In an interview with Jeff Schroeder, he said has been watching since Big Brother 17. His interest began with James Huling and he got hooked on watching it. Now he hopes that America will fall in love with him.

Maccarone also told Jeff about his plans. He said that he wants to form a strong alliance early on. Maccarone referenced what Level Six did last season as a good blueprint.

He also told Jeff that he is a competitor and won’t be sitting around eating cereal all summer. One of his plans is to use his charm to make it deep in the season.

As for a potential downfall to his strategy, Maccarone revealed that he speaks his mind too often.

Other houseguests on season 21 are;