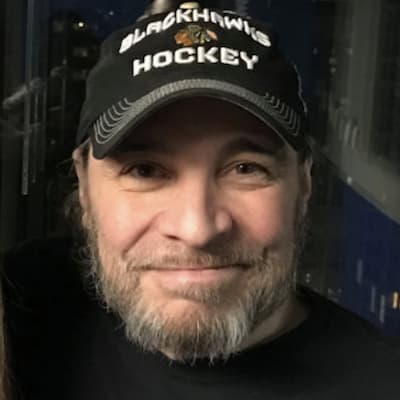 Nick Digilio is an American movie critic and radio personality who is the host of an award-winning radio program on WGN Radio in Chicago.

Nick is also a frequent fill-in host for WGN. He was inducted into the WGN Radio Walk Of Fame in 2017.

Nick was born on July 6, 1965, in Chicago, IL. He is 56 years old as of 2021. Digilio grew up about five blocks away from Wrigley Field in Chicago, Illinois. He graduated from Luther North High School in 1983. He later attended Columbia College Chicago where he studied film.

Nick has kept his personal life out of the limelight for a long time. Information about whether he is married or not is not available. We will update when we get the details.

In 1985, Nick began reviewing movies on the WGN Roy Leonard Show. His contributions to Roy’s program led WGN Radio management to decide that he’d be a good permanent addition to the station.

He soon after became a regular on other WGN Radio programs, including Steve King and Johnnie Putman’s Life After Dark program.

Nick gained a reputation for his alternative and controversial play and movie reviews. He reviews all the new films on his own show.

Nick co-hosted a weekend late-night radio program on WGN with Garry Lee Wright for many years. On May 31, 1998, he began hosting his own program called Nick at Night – joined by Wright on Fridays.

On February 10, 2006, his program’s name was changed to ‘The Nick Digilio Show’ to correspond with a move from late-nights to prime time on Saturday night and not-so-late nights on Friday and Sunday nights.

The show is heard on WGN Radio in Chicago (720 AM). On the show, Nick discusses popular culture, current events, all things Chicago.

Details of Nick’s salary have not been revealed but according to networthpost.org, Nick has a net worth of $15 Million.