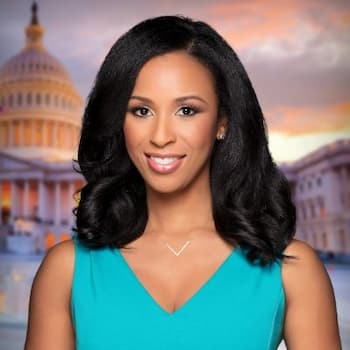 A native of New York, Michelle Marsh is an American Emmy Award-winning journalist working as an anchor s for ABC7 and the 10 p.m. news on WJLA 24/7.

While working in Raleigh, Michelle was awarded two Emmys for breaking news coverage and best newscast.

She has previously worked in Atlanta, Georgia for WGCL. She began her career as a reporter at stations in Binghamton and Albany.

Marsh enjoys traveling, attending sporting events, and the arts during her free time. She has a love for musical theater which stems from her years of training in ballet, jazz, tap, and modern dance.

Marsh celebrates her birthday every January 31st. She is yet to share her exact year of birth and as such, her exact age remains unknown.

Marsh stands at a height of 5 feet 7 inches.

Marsh is of Jamaican descent. She grew up in Queens and Long Island.

As of the time this article was published, there was no information available on Michelle’s parents. They seem to be living a life away from the limelight. However, Michelle has a sister named Rene.

Her sister works as the Aviation and Government Regulation Correspondent for CNN based in Washington, D.C.

Marsh lives a very private personal life. As a result, information about her dating life is not available. It is therefore not known whether she single, dating, or married.

Michelle Marsh Salary and Net Worth

It is not yet known how much Marsh earns as an anchor for ABC7 and WJLA 24/7. She has an estimated net worth of around $1 million.