A native of Summit, New Jersey, United States, Meryl Streep is a popular American actress. Frequently described as “the best actress of her generation”, Streep is especially known for her versatility and accent adaptability. She has acquired multiple awards throughout her career spanning over four decades, including a record of 21 Academy Award nominations, winning three, and a record of 32 Golden Globe Award nominations, winning eight. She has likewise received three Primetime Emmy Awards, two Screen Actors Guild Awards, and two British Academy Film Awards, in addition to nominations for a Tony Award and six Grammy Awards.

Streep studied at Cedar Hill Elementary School and the Oak Street School, which was a junior high school at that time. In her junior high debut, she starred as Louise Heller in the play The Family Upstairs. She then attended Bernards High School.

Mary Louise Streep was born in Summit, New Jersey, as the daughter of pharmaceutical executive Harry William Streep, Jr (father) and artist Mary Wilkinson Streep (mother). She was raised alongside her two younger brothers, Harry William Streep III and Dana David Streep, both actors. Her father was of Swiss and German descent. Streep’s mother, whom she has likened in both appearance and manner to Dame Judi Dench, extremely inspired her daughter and instilled confidence in her from a very young age. Streep said, “She was a mentor because she said to me, ‘Meryl, you’re competent. 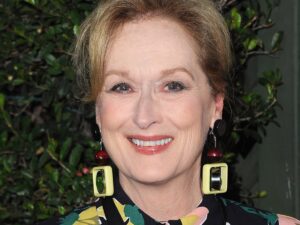 Streep is married to her beloved husband, Don Gummer, an American sculptor. The pair tied their knot on September 30, 1978. They are blessed with four children: musician Henry Wolfe, and actresses Louisa, Mamie, and Grace.

Streep has an estimated net worth of around $170 million.