Melvin “Cinco” Holland Jr. is a delivery driver, fitness trainer, and reality tv show personality. He is a cast of the 3rd season of Love Island.

Cinco is 25 years old born on December 3, 1995. He was born and raised in Tallahassee, Florida. 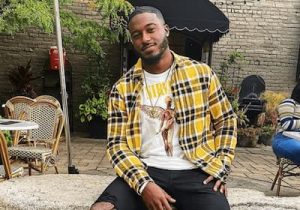 Cinco was born in Tallahassee, Florida, and raised in Northern Virginia/DC area. He was born to his parents Yolanda J Davis and his father Melvin  “Cinco” Holland Jr. Growing up, Cinco always wanted to play football. He lived his dream in high school but had to change his career path after not making it into NFL.

Cinco went to Tennessee Technological University where he graduated with a master’s degree in Strategic Business Leadership. He also received a bachelor of business administration degree from the University of Minnesota-Twin Cities.

Cinco is one of the casts of the 3rd season of the reality show Love Island looking for a real connection and wants to stay away from all drama. The show premiered on the 7th of July, 2020. It has 12 cast members; 5 women and 7 guys stuck in a villa in Hawaii all looking for love.

The winning couple gets to walk away with a cash prize. Cinco is on the show looking for a partner with a positive attitude. He says that he does not want a selfish partner, close-minded, and not communicative.

Cinco has always loved football since he was a child. He played for his high school team Briar Woods High School. He helped his team with a record of 13-2. During the Virginia 5A championship, he notched five catches for 199 yards and three touchdowns.

During his senior years, he made 64 catches for 1, 032 yards, and 17 touchdowns. ESPN named him a four-star recruit and ranked him 12th player in Virginia and 48th wide receiver in his class.

Regarding his net worth, these details are still under review. He is a delivery driver and fitness trainer. It is evident that he has been able to build his own wealth through his current career.