Mayde Gomez is an American journalist currently working as a morning news anchor for KABB Fox29 in San Antonio, Texas Metropolitan Area. She joined the newsroom in October 2020.

Prior to joining Fox29, Gomez worked as a news anchor and reporter at KXTV ABC 10 in Sacramento, California Area. She anchored for the weekend Morning News show and reported on weekday’s news.

Gomez was born in the year 1986. The beautiful journalist is 35 years old. She celebrates her birthday every year surrounded by close friends and family.

Gomez is a beautiful woman standing at an average height. However, there is no much information about her height, weight, body measurements, and eye color. This is information will be updated as soon as it is available. 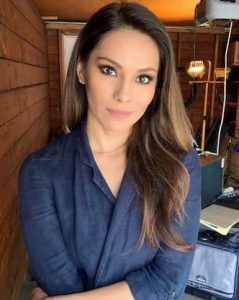 Gomez went to The University of Texas at Arlington where she graduated with a Bachelor’s degree in Broadcast Journalism. While in college, Gomez helped launch the UTA News newscast.

Gomez has maintained a very private life. It seems like she prefers to keep her personal life away from the limelight. Hence, information about her family life is still disclosed. This information will be updated as soon as it is available.

Gomez is currently working as a Weekday morning news anchor at KABB Fox29 in San Antonio, Texas Metropolitan Area. She joined Fox29 back in October 2020. Prior to her current position at Fox29, she worked as a news anchor and reporter for KXTV ABC10 Sacramento, California. Gomez joined ABC10 in June 2018 and worked for 2 years 5 months till October 2020.

She anchored both the weekend morning and evening news shows and reported the weekday’s news. During her time at ABC10 Gomez reported on numerous stories including the wildfires in California, the sentencing trial for convicted serial killer Joseph DeAngelo and rolling power blackouts.

Gomez also worked as a Multi-Media Reporter at ABC7 in Los Angeles where she joined in September 2015. She was responsible for the production, writing, and editing of stories for multiple newscasts. She was able to cover multiple stories including the San Bernardino terror attack shooting and pope Francis’ visit to Mexico City.

Gomez’s first job after graduation was as a Freelancer Editor and Production Assistant at Telemundo 39 in Dallas. She was responsible for editing, sound on tape, cross-training in production, and the audio control room.

She later joined Telemundo 60 in San Antonio as a general assignment reporter. Here, she helped launch the San Antonio 5 and 10 pm newscasts. Gomez was the Breaking News Lead Reporter and was also in charge of searching and identifying potential stories.

Gomez loves to keep information about her love life secret and away from the limelight. She has mastered the art of separating her personal life and professional life. Therefore, it is not known if she is married or dating anyone. However, this information will be updated as soon as it is available.

Details about Gomez’s salary are still not disclosed. She is one of the best journalists at Fox29 therefore, its obvious that she earns a good monthly and annual salary.

Gomez has an estimated net worth of $300, 000 which she has earned from her successful career as a journalist.