A native of Chicago, Illinois, Martine Rothblatt is an American lawyer, author, and entrepreneur. She is the founder and Chairwoman of the Board of United Therapeutics.

She graduated from the University of California, Los Angeles with a combined law and MBA degree in 1981.

She then began to work in Washington, D.C., first in the field of communications satellite law, and eventually in life sciences projects like the Human Genome Project.

Rothblatt was the CEO of GeoStar and the creator of SiriusXM Satellite Radio. In 2018, she was the top-earning CEO in the biopharmaceutical industry.

Rothblatt left college after two years and traveled throughout Europe, Turkey, Iran, Kenya, and Seychelles. While at the NASA tracking station in Seychelles, during the summer of 1974, she had her epiphany to unite the world via satellite communications. 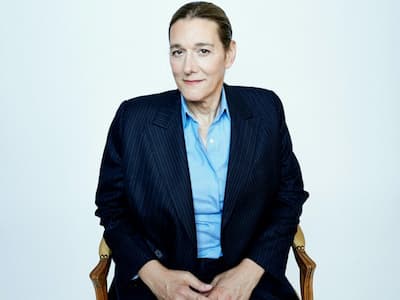 As an undergraduate, Rothblatt became a convert to Gerard K. O’Neill’s “High Frontier” plan for space colonization. This was after analyzing his 1974 Physics Today cover story on the concept as a project for Professor Harland Epps’ Topics in Modern Astronomy seminar.

She subsequently became an active member of the L5 Society and its Southern California affiliate, Organization for the Advancement of Space Industrialization and Settlement (OASIS). During her four-year law-MBA program, also at UCLA, she published five articles on the law of satellite communications.

Rothblatt also prepared a business plan for the Hughes Space and Communications Group titled PanAmSat. The plan was about how satellite spot beam technology could be used to provide communication service to multiple Latin American countries.

Rothblatt was born to a Jewish family in Chicago, Illinois. Her parents are Rosa Lee and Hal Rothblatt, a dentist. She grew up in a suburb of San Diego, California. There is no more information available about her parents.

Rothblatt is married. She is married to Bina Aspen in 1982. Bina is a realtor from Compton, California.

The couple has four children together. They have also adopted each other’s children.

In 1994, Rothblatt came out as transgender at the age of 40. She changed her name to Martine Aliana Rothblatt. She has since become a vocal advocate for transgender rights.

Rothblatt is the founder and Chairwoman of the Board of United Therapeutics. She entered the world of the life sciences by first creating the PPH Cure Foundation. She later founded a medical biotechnology company, United Therapeutics, in 1996.

At that time Rothblatt began studying for a Ph.D. in medical ethics at the Barts and The London School of Medicine and Dentistry, Queen Mary University of London.

She received the degree in June 2001 based upon her dissertation on the conflict between private and public interests in xenotransplantation. This thesis defended before England’s leading bioethicist John Harris, was later published by Ashgate House under the title Your Life or Mine

Rothblatt has a net worth of $390 Million.

She was also awarded an honorary doctorate by Ben Gurion University of the Negev on May 11, 2010. The award was in recognition of her accomplishments in satellite communications and biotechnology.

On May 16, 2018, she and Didi Chuxing President Jean Liu were awarded Doctors of Commercial Science degrees, honoris causa, at NYU’s 186th Commencement at Yankee Stadium.